Glacier Loss Is Accelerating Because Of Global Warming 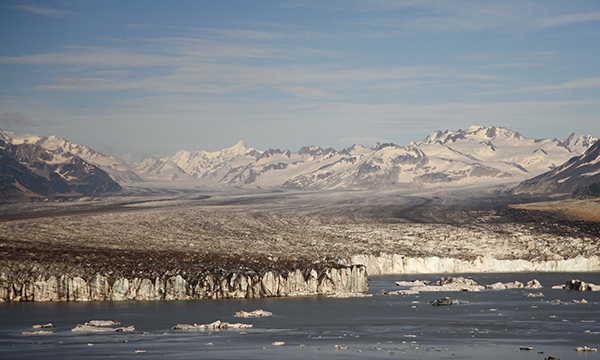 As climate scientists predicted, glaciers are vanishing due to rapidly warming temperatures.

With global warming, we can make predictions and then take measurements to test those predictions. One prediction (a pretty obvious one) is that a warmer world will have less snow and ice. In particular, areas that have year-round ice and snow will start to melt.

Alpine glaciers are large bodies of ice that can be formed high in mountains, typically in bowls called cirques. The ice slowly flows downwards, pulled by gravity, and is renewed in their upper regions. A sort of balance can occur where the loss of ice by melting or flowing at the bottom is equal to the gain of snow and ice by precipitation.

As the Earth warms, the melt line moves upwards so that the glacier melts faster and faster at the bottom, shortening the glacier and reducing its mass. Ultimately, the melted water flows into streams and rivers and ends up in the oceans, contributing to accelerating sea level rise.

While glaciers are interesting from an intellectual standpoint, they are also important to ecosystems and society. For example, the rate of glacier melt affects downstream water levels, river flowrates, and the water available for human use. So, it would be really important for us to be able to predict what will happen with glaciers in the future and plan for how water availability will change.

Of the groups that track glaciers, my favorite is the World Glacier Monitoring Service, which publishes a survey of the mass changes from selected glaciers around the world, available here and summarized below. The graph shows changes to the mass of the glaciers that are monitored, measured in millimeters of equivalent water.