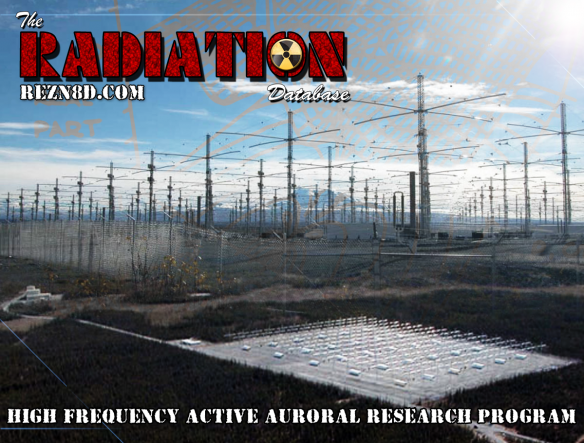 The Arctic Methane Group (AMEG) is a group of scientists/concerned citizens studying the release of methane trapped under our North Pole’s icecap.  They claim that not only is methane currently being released, it is poised to explode again as it did in the dinosaurs age:

The Day The Oceans Boiled
This video claims that as a result of rising CO2 levels, methane was released rapidly and boiled the oceans. AMEG claims that the explosive release of methane is once again close at hand:

There are some 1000 Gt to 1400 Gt (10^9 tonnes) of carbon contained in the methane hydrates on the East Siberian Arctic Shelf and 700 Gt of free methane is trapped under the Arctic submarine permafrost (Shakova et al. 2008, 2010).  Shakova et al. estimate that between 5% to 10% of the  subsea permafrost (methane hydrates) in that region is now punctured allowing methane to escape at a rate of about 0.5 Mt (500,000 tonnes) a year and that up to 50 Gt (10^9 tonnes) could be released abruptly at any time soon. Release of this subsea Arctic methane would  increase the worldwide atmospheric methane content about 12 times equivalent to doubling the carbon dioxide content of the atmosphere.

As a result, AMEG released their Strategic Plan:

GEOENGINEERING ACTIONS FOR ENHANCING THE REFLECTION OF SUNLIGHT BACK INTO SPACE AND FOR INCREASING THE THERMAL ENERGY EMITTED INTO SPACE.

Note that a new idea for improving surface albedo has been suggested in a paper to the AGU 2012, supported by AMEG founder member, Peter Wadhams..  His research on iceberg calving has led to ideas for reducing discharge of ice from the GIS.

A word of warning about finance of research, development and field trials: it is important that the results of such activities are independent, unbiased and free from financial interest.

Following the launch of AMEG’s ‘Strategic Plan’ the above actions will be communicated to all world leaders and relevant parties in the form of an ‘Essential Action Plan’ to match the pending circumstances of the change in the world’s weather patterns.  For further details, see the website of the Arctic Methane Emergency Group at AMEG.me or contact AMEG Chair John Nissen at: johnnissen2003@gmail.com

AMEG, the Arctic Methane Emergency Group, hereby formally complains to the UK government that the observations to which they refer in their statement [1] do not exist. The observations taken directly from the ice and recently from satellite, support a very simple model of sea ice behaviour – that the melting, as reflected by the volume average for particular months, is closely following an exponential trend, towards zero for September 2015.

On the subject of methane, geoengineering, and the artic, I would like to add these additional findings.  There was a HUGE methane leak in the North Sea just prior to AMEG’s  proposals for geoengineering.  Also there is the ANGELS proposals, and the Lucy Project involving HAARP.

The ANGELS Proposal, Arctic Natural Gas Extraction Liquefaction & Sales, is a plan to drill under the ice and extract gas/oil.  This seems to be related to Project Lucy, which would involve three radars focusing their beams on methane clouds and turning those methane clouds into diamond dust, something formerly left to the science-fiction world of Alchemy.  Apparently the methane molecule and a diamond are very similar, and they believe with a 13.56 MHz frequency they can break methane down and turn it into diamond dust, which will reflect sunlight slowing global warming (aka SRM, or Solar Radiation Management).  Further, the director of HAARP says they can form noctilucent clouds above the HAARP IRI using three radars, and if their plan works, the heaters at HIPAS, Arecibo, EISCAT (Tromso), and Sura, Russia “could immediately attack the atmospheric methane as well.”

HAARP
The main instrument at HAARP Station is the Ionospheric Research Instrument (IRI). This is a high power, high-frequency phased array radio transmitter with a set of 180 antennas, disposed in an array of 12×15 units that occupy a rectangle of about 33 acres (13 hectares). The IRI is used to temporarily energize a small portion of the ionosphere. The study of these disturbed volumes yields important information for understanding natural ionospheric processes.”

The main MHZ frequency range (High Frequency Band 3 – 30 MHZ) of the powerful IRI transmitter is slightly different from the 13.56 MHZ needed to break down the methane. However it is very powerful with a 5.1 Giga watt effective radial power at maximum output. The Ionospheric Research Instrument (IRI) at HAARP transmits over the range 2.8 MHZ to 10 MHZ slightly less than the 13.56 MHZ used to break down methane but as mentioned previously if the IRI transmitted a 10 MHz carrier waves modulated by a 3.56 MHz signal it will generate an Upper Side Frequency of 13.56 MHz which is the methane destruction frequency (Penguin Dictionary of Physics 2000).

Noctilucent clouds which are common in the Arctic form from water condensing around meteorite dust in the mesosphere above 50 km altitude and are becoming more and more abundant and are being seen at much lower latitudes. The increase in the methane concentration in the stratosphere and its oxidation in the mesosphere is resulting in more water at these high altitudes and an increase in the noctilucent clouds. The noctilucent clouds help reflect the suns heat back into space so if we can break down more methane with the HAARP or Lucy transmitters we should generate more clouds and thus help reverse global warming by:-

b) Generating sunshine reflecting noctilucent clouds in increasing amounts in the mesosphere which will reflect the suns energy back into space.

The HAARP facility has discovered what they call Polar Mesosphere Summer Echoes which are elusive phenomena which may be due to a thicker development of noctilucent clouds in the Arctic summer due to the increasing methane build up. These echoes are detected with the IRI transmitter when it is used as a radar with one 28 MHZ radar and two other VHF radars of 49 MHZ and 139 MHZ. If we could transmit 13.56 MHZ on the IRI transmitter and use the other radars and optical cameras to look for reflections from noctilucent clouds formed from the breakdown of methane in a circular zone above the HAARP transmitter we should be able to effectively test the system. There ought to be a buildup of the noctilucent clouds in the area where the HAARP transmissions are focused on the ionosphere. If it works there are 4 other similar facilities in the world (Hipas, Alaska; Arecibo, Puerto Rico, EISCAT, Norway and Sura, Russia) where they could immediately attack the atmospheric methane as well.

AMEG, part of the Geoengineering and Weather Modification Timeline | Link

Cosmic ignited plasmas in the atmosphere can be heated by microwaves and generate gravitational waves. There is some indication that HAARP may be generating them now. (See Penn State Lecture below) ~ Bernard Eastlund

Just when you thought the world couldn’t get any crazier….