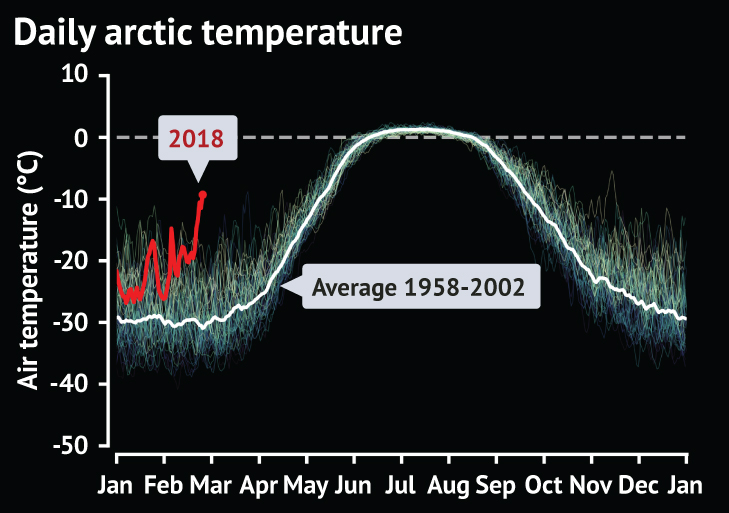 Climate scientists are used to seeing the range of weather extremes stretched by global warming but few episodes appear as remarkable as this week's unusual heat over the Arctic.

Zack Labe, a researcher at the University of California at Irvine, said average daily temperatures above the northern latitude of 80 degrees have broken away from any previous recordings in the past 60 years.

"To have zero degrees at the North Pole in February – it's just wrong," said Amelie Meyer, a researcher of ice-ocean interactions with the Norwegian Polar Institute. "It's quite worrying."

The so-called Polar Vortex – a zone of persistient low-pressure that typically keeps high-latitude cold air separate from regions further south – has been weakening for decades.

In this instance, "a massive jet of warm air" is penetrating north, sending a cold burst southwards, said Dr Meyer, who has relocated to Hobart to research on the southern hemisphere, and is hosted by Institute for Marine and Antarctic Studies.