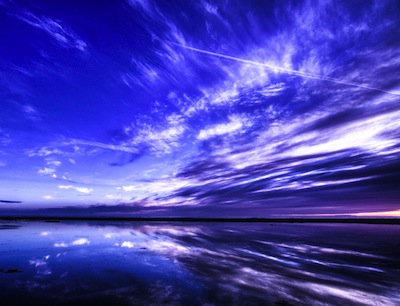 The climate engineers are confusing some of the population with their jet stream manipulated chemical ice nucleated engineered temporary “cool-downs”, but the bottom line for the temperatures on our planet are the oceans. A cubic meter of sea water can carry 4000 times the thermal energy of a cubic meter of air. Global ocean temperatures are shattering high temperature records month after month (GLOBAL land temperatures are also being shattered). All of this is happening even without an “el nino” event which will sooner or later make the whole situation much worse still. The climate engineers have been actively trying to push back the el-nino by holding the “ridiculously resilient ridge” of high pressure over California. This alters the trade winds which helps to hold in the heat the Pacific Ocean is trying to release. Those that want the truth about the actual state of the climate will examine breaking information with actual statistics and facts from the ground instead of fabricated headlines from people and special interest groups with agendas. In the meantime, the mercury is continuing to rise on planet Earth. The ongoing climate engineering insanity is making an already critical climate situation exponentially worse overall.
Dane Wigington
geoengineeringwatch.org

The North Pacific Ocean is setting record high temperatures this year and raising concerns about the potential impact on cold water marine species along the B.C. coast, including salmon.

Ocean surface temperatures around the world this year reached the highest temperature ever recorded, due in large part to the normally chilly North Pacific, which was three to four degrees above average — far beyond any recorded value. 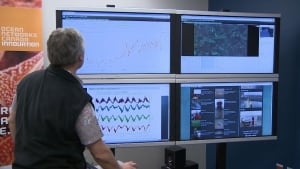 ​ Bill Peterson, an oceanographer with the U.S. National Oceanic and Atmospheric Administration, said the warmth along the North Pacific coast is very unusual.

“We’ve never seen this before. It’s beyond anyone’s experience and this is why it’s puzzling,” he said.

To further complicate the picture, Peterson says an El Niño warm water ocean current should arrive in about a month.

“We’ll have what we call a double whammy,” he said. “It’s already very warm up north, up here. If we get an extra push of super warm water from the tropics, we could possibly have a big disaster on our hands, ecologically speaking.”

Invasive species on the rise 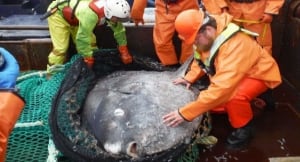 A Sunfish, normally found in temperate and tropical waters caught by fishermen off the Alaskan panhandle. (CBC)

Unusual and invasive species have already headed north including:

There’s also concern that Humboldt squid, which voraciously eat juvenile salmon, could make their way north again, after first being spotted off Alaska in 2005.

“So the worries with this is our local species having to work harder,” Dewey said. “They’re competing for the food they’re after.”