Dialog With A Geoengineering Insider 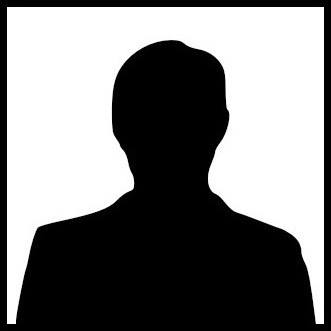 By Dane Wigington
geoengineeringwatch.org
The conversation below involves a veteran engineer and architect of the climate engineering programs. This person was a part of geoengineering effort on certain levels since 1980s. The contact came through former congressional candidate Greg Pallen who then connected me with this person. The insider reached out to Greg as he felt Greg was trustworthy, he was correct. I recognized the name of this individual from documents I had seen in the past. All this being said, the dialog below truly sheds light on the mentality we are dealing with on the inside of the circle of insanity. I had a lengthy phone conversation with this contact who then decided to limit his communication to only Mr. Pallen again. Below is the first of two such dialogs (the second dialog will be posted soon). The writing in black italics is the original communication made to Greg Pallen by the insider shortly after the insider’s conversation with me. The statements in red are my initial response to the insider’s communication. These statements were later read by him and are the basis for the second communication already mentioned above from this contact. The statements below in blue were added for additional information on this posting. I gave my word to keep the identity of this insider confidential in addition to the name of a specific government facility named in the letter (now redacted). I will not violate this commitment, but the publishing of this letter (and one more) is my responsibility.

For Dane’s sphere of observation—he is close—-but he is not considering the larger models.

For instance, when climate change effects drive up RH—due to ocean heating and loss of natural cloud cover—–the power of the atmosphere to spawn huge and damaging storms is increased—-more storms and higher damage level storms.

I HAVE ALWAYS STATED THIS CONCLUSION, ALWAYS. THE PLANET IS TRYING TO COOL ITSELF, STOPPING OR DERAILING THIS PROCESS WILL ONLY MAKE THINGS WORSE IN THE LONG RUN. THE HYDROLOGICAL CYCLE IS ALWAYS ENHANCED AS THE PLANET WARMS, THE LAWS OF PHYSICS DICTATES THIS. DECIMATING THE HYDROLOGICAL CYCLE TO KEEP RH LEVELS DOWN CAN ONLY DO MUCH MORE HARM THAN ANY PERCEIVED GOOD. THIS IS ESPECIALLY TRUE WHEN THE ELEMENTS USED TO CARRY OUT THESE PROGRAMS ARE EXTREMELY TOXIC AND THUS CONTAMINATING THE ENTIRE PLANET.

As you may have taken note, the El Nino warm ocean effects drive up humidity levels over oceans and over land masses that cause areas like the US lots of damage due to storm frequency and energy.  High El Nino patterns did extensive storm damages in Tennessee.

REDUCING DAMAGING STORMS AT THE COST OF KILLING THE WHOLE PLANET IS NOT A REASONABLE TRADE OFF. IN ADDITION, AS ALREADY MENTIONED, THE EL NINO EVENTS ARE PART OF THE PLANET’S OVERALL LIFE SUPPORT PROCESS. THE ARROGANCE OF THOSE THAT BELIEVE THEY HAVE THE RIGHT TO PLAY GOD IN THESE PROCESSES IS INEXCUSABLE. CURRENT AVAILABLE DATA INDICATES THAT YET AGAIN THE PREDICTED STRONG EL NINO MAY HAVE BEEN COMPLETELY SUPPRESSED FOR 2014.

One way to affect that increase is to cause rain-out of the humidity by inducing nucleation and rainfalls. It will take away from California’s typical weather patterns.

IT IS VIRTUALLY KILLING CALIFORNIA AND ITS BOREAL FORESTS. THESE FORESTS ARE BURNING TO THE GROUND AND THUS FUELING THE WARMING FURTHER. THE SAME IS TRUE IN COUNTLESS PLACES AROUND THE GLOBE. 100,000,000 ACRES A YEAR IN SIBERIA, ALL THE GLOBAL PLANKTON DYING OFF DUE TO THE DESTROYED OZONE LAYER, IS THIS JUST “FRINGE” DAMAGE?

But for the other parts of the US that driver effect off the oceans causes less storms for most of the US, less floods, less severe storms.

OR IN THE CASE OF CALIFORNIA, ALMOST NO STORMS AT ALL AND THE WORSE DROUGHT IN OVER 2000 YEARS ACCORDING TO THE LATEST DATA.

So, California inherits more wildfires and other problems and the rest of the US nets cooler summer temps, less flooding, and less serious storms. The weather here in East Tn has been much cooler and the storms fewer and less damaging. One storm at the height of the El Nino about ten years ago knocked out the power to the Y-12 plant because it twisted off the huge TVA 4-leg power towers feeding parts of “XXXXX” (redaction).

Like I told Dane on the phone—–the larger models move toward the larger balance equation of the entire US and if they have to kill off many trees in California to lower damage factors across expanses of the US——the trees there are going to take a hit.

It is akin to the “XXXXX” (redacted Gov. facility name)  thinking to get rid of Uranium Oxyfluoride liquid storage problems from Uranium Enrichment—-they burned and de-watered the compound using the TSCA incinerator at K-25 to the destruction of the Pine trees on almost the entire Oak Ridge Reservation.

This is why you don’t want National Security issues being run by Mason elements, as they will spin the truth and keep the people in the dark so they remain confused and not enlightened.

The truth is spun often in “XXXXX”(redacted Gov. facility name) and likewise the truth on Climate Change moderation issues are not shared with the public.    As the public would demand most of them that caused these serious problems be hung or shot by firing squad.

THIS STATEMENT IS THE CRUX OF THE ISSUE AT HAND. THE INSIDER IN THIS COMMUNICATION AND THOSE IN POWER DO IN FACT KNOW THAT THE PUBLIC WOULD DEMAND IMMEDIATE JUSTICE IF THEY TRULY BECAME AWARE OF THE CRIMES THAT HAVE BEEN COMMITTED IN OUR SKIES. THE POWER STRUCTURE WILL DO ANYTHING POSSIBLE TO KEEP THE PUBLIC FROM REACHING CRITICAL MASS OF AWARENESS IN REGARD TO THE CLIMATE ENGINEERING ISSUE.

I don’t blame Dane for complaining for what is happening to his back yard, as I would be up in arms also. Which is why they just need to tell all the people what is going on with climate change moderation methods and all decide on what measures are fair to all——yet serious enough to control Methane Boil off risk issues.

Most of the Simple Simon types that depend in the Govt to make decisions for them would not even be able to keep track of the issues and they would grid lock the system and make matters worse.    Dane looking at only his back yard issues and not the whole view of disaster control sort of falls into that area.

THIS STATEMENT COULD NOT BE FURTHER FROM THE TRUTH. THERE IS TUNNEL VISION IN THIS CONVERSATION, BUT IT’S NOT ME.

When you have a serious disaster, like this, it is impossible to keep all happy. And some areas are going to get hit harder to protect larger areas. They are also working a lot in uncharted areas and surprises keep happening.

WHAT A SHOCKER, THERE ARE SOME SURPRISES WHEN THE CLINICALLY INSANE TAKE IT UPON THEMSELVES TO COMPLETELY AND TOXICALLY RE-ENGINEER EARTH’S LIFE SUPPORT SYSTEMS.ANYONE WHO ADVOCATES FOR THESE PROGRAMS HAS LOST THEIR SENSE OF MORALITY, SANITY, AND REASON.

Oak Ridge and the Manhattan Project screwed up a lot and most never knew about any of it, and the deal with Climate Change remediation is about the same mess.

46 Responses to Dialog With A Geoengineering Insider