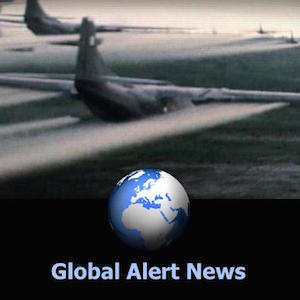 Below is the 2nd installment of a new Northern California commercial free news hour being aired Saturday mornings from 6 am to 7 am on KQMS 1400 AM and 99.3 FM (the first show aired is here). By covering climate engineering and critical global events, the information that will be presented on "Global Alert News" is a radical departure from what the North State's primary radio broadcaster has historically presented from sources like Rush Limbaugh and Fox News. Though some of the KQMS listeners may be initially shocked by the information they will be exposed to on this straightforward presentation of information, reality will prevail as events that are unfolding around us all become impossible to hide. This episode initially covers the fact that all of us are test subjects in the lethal and ongoing climate engineering operations. The discussion then moves on to focus on the fact that US civilians and US military personnel have routinely been exposed to lethal dangers and testing without their knowledge or consent. This is business as usual for our government of criminals and tyrants.
Dane Wigington
geoengineeringwatch.org