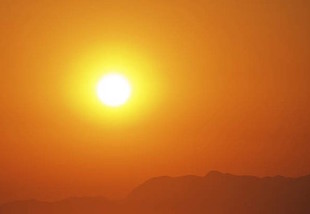 Climate engineering is weather warfare and biological warfare, these issues are all one in the same and cannot be separated. Climate engineering has been the power structure's primary weapon of choice for decades. Anthropogenic activity has inflicted immense and irreparable damage to the planet and climate system on countless fronts. The climate engineers are manipulating these systems as a means of power and control over populations. The geoengineers can create toxic cool-downs over large regions, at the expense of worsening the overall warming of the planet. The weather makers can also engineer protracted drought and extreme heat. One example is massive ionosphere heater induced high pressure zones like the "ridiculously resilient ridge" that is parked over the US West is literally frying the landscape and drying up all sources of water. Global climate engineering programs are ultimately about power and control, period. Even the El Niño phenomenon is not exempt from the climate engineers attempt to manipulate. The geoengineering weapon of mass destruction is being aggressively used against populations around the globe, including the US population. Every single day the geoengineers interfere with the climate, it inflicts even more damage to the climate system and the biosphere. China and Russia are also heavily involved in their own weather modification madness, it is a competitive race of total destruction. The newly published article below only scratches the surface of the ongoing climate carnage occurring around the globe.
Dane Wigington
geoengineeringwatch.org

Thousands of people have been killed by extreme weather so far this year and now scientists fear a weather event will cause droughts, wildfires, flooding, landslides and food shortages.

Australian scientists have warned of a “substantial” El Nino effect that started in May.

The phenomenon,which only happens every few years, is still in its early stages but has the potential to cause extreme weather around the world, according to the Bureau of Meteorology.

El Nino is the name given to above-normal temperatures in the Pacific Ocean that have the potential to cause devastating conditions around the world. 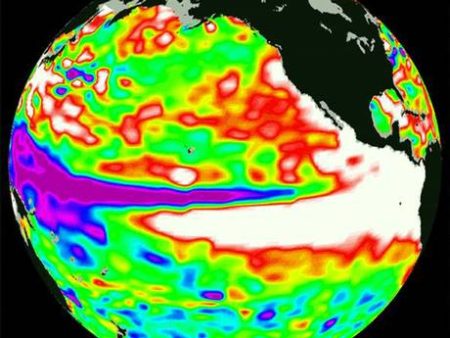 Australia, Indonesia, the Philippines and India are likely to face drought, whereas parts of South America and the US get face flooding and torrential rain.

It could create stronger typhoons in the Pacific, the BBC reported, but drive freezing winter weather in Europe like it did in 2012, which was the UK's coldest in decades and led to several deaths.

El Nino's effect on harvests around the world also has the potential to drive up food prices for basics like rice, coffee and sugar.

There are also fears that climate change is leading to more deadly heatwaves, floods, hurricanes and tornadoes around the world.

More than 1,200 people have died in Pakistan of heatstroke and dehydration as temperatures soared far above 40C and power cuts crippled Karachi over the past week.

India is currently recovering from the second deadliest heatwave in the country's history, which had killed 2,500 people by the start of this month. 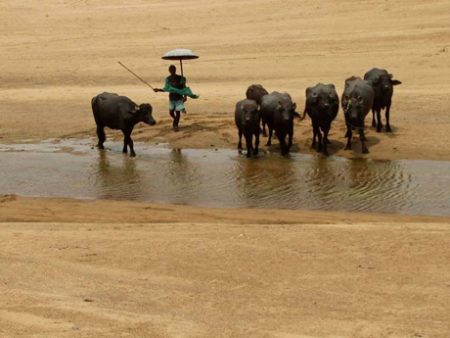 “Let us not fool ourselves that there is no connection between the unusual number of deaths from the ongoing heat wave and the certainty of another failed monsoon,” he said.

“It's not just an unusually hot summer, it is climate change.” 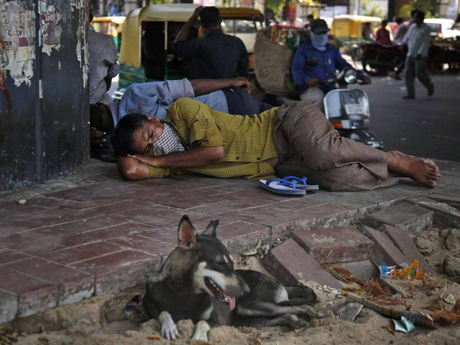 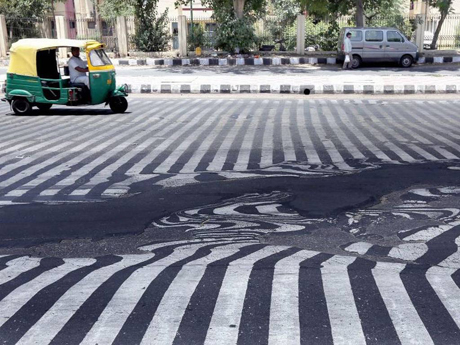 Scientists at Oxford University have started work on a scientific model they hope will enable them to establish or rule out links between climate change and extreme weather more quickly.

It typically takes about a year to determine whether human-induced global warming played a role in a drought, storm, torrential downpour or heatwave, allowing sceptics to dismiss the impact in the immediate aftermath of disasters.

“We want to clear up the huge amounts of confusion around how climate change is influencing the weather, in both directions,” Dr Friederike Otto, of Oxford University’s Environmental Change Institute, told The Independent in October.

She said global warming probably contributed to 2013’s record heat in Australia and last year’s flooding in the UK.

A Pakistani resident helps a heatstroke victim at a market area during a heatwave in Karachi.

More than 1,200 people have now been killed in Pakistan’s heatwave as the deadly temperatures look set to continue.

Karachi, the county’s largest city, has also been hit by huge power cuts leaving more than 20 million people struggling to cool their homes.

Officials said about 40,000 people have suffered heatstroke since Saturday and the number was expected to rise.

It is the worst heatwave in Karachi for more than 35 years, seeing morgues run out of space for bodies and emergency clinics set up in the streets.

People are being urged to look out for the signs of heat exhaustion, which can develop into potentially deadly heatstroke that causes the body to shut down as its temperature rises beyond safe levels.

The deaths in Pakistan come after last month’s heatwave in India, which had killed 2,500 people by the start of June.

Several areas in South America, the Caribbean, the US, Asia and Africa are also suffering droughts related to unusually high temperatures and a lack of rain.

A woman walks in the flood waters in southwest Houston

More than 400 people are believed to have died in flooding so far this year.

In January, the Southeast Africa Floods, which were partly caused by a tropical storm, killed at least 176 people in Malawi, 86 in Mozambique and 46 in Madagascar in just a week.

More than 250,000 people were forced to leave their homes, the United Nations said, and hundreds more people were missing.

Later that month a teenage girl died in Malaysia after floods hit parts of Sarawak and Sabah.

Devastating floods in northern Chile left at least 25 people dead in the same month and officials feared that number would rise with 125 people still missing in April. More than 30,000 people were affected.

A huge storm front that moved through Texas and Oklahoma at the end of May triggered record-breaking rainfall and spawned several tornadoes.

The deaths of 27 people were attributed to flooding in Texas, four in Oklahoma and 11 people were missing.

The remains of a petrol station that exploded during flooding in Accra, Ghana

Then at the start of this month, Accra, the largest city in Ghana, was hit by days of downpours that flooded markets and trapped workers.

At least 25 people were reported to have died as a direct result of the flooding but it caused a huge explosion at a petrol station that killed 200 more.

Last week, torrential rain turned the river running through the Georgian capital of Tbilisi and killed 19 people. Another man was also mauled to death by a tiger that escaped the city’s zoo when its enclosure was destroyed.

Flash floods brought the Black Sea resort of Sochi to a standstill today, halting trains and leaving cars half-submerged in the city where Russia staged the Winter Olympics.

There have not yet been any reports of casualties.

Tornadoes have destroyed homes and reportedly sunk a ship in China

Almost 500 people are estimated to have been killed by tornadoes so far this year, mostly in China.

A half-mile wide F1 twister that passed over the Yangtze River on 1 June reportedly caused a cruise ship to capsize and sink, killing more than 440 out of 454 people on board.

Other deadly tornadoes struck in Mexico, Burma, Brazil and the US.

An outbreak that hit Texas, Oklahoma and Mexico between 24 and 26 May killed 15 people, mostly in Mexico, and the storm front also unleashed deadly floods.

Tornadoes form all over the world, including in the UK, but are usually most destructive in the US, parts of India and Bangladesh.

Fewer than 100 deaths have been recorded due to hurricanes and cyclones this year, but the toll is feared to rise as the storm season starts in the Atlantic.

The “monster” cyclone that hammered a tiny South Pacific archipelago in March was caused by climate change, it was claimed.

At least 60 deaths were also attributed to two storms this month that struck Odisha, Gujarat and Maharashtra during the North Indian Ocean cyclone season.

One person died in Mexico during Hurricane Carlos earlier this month, when they were reportedly hit by a falling piece of metal during high winds.

It was unclear whether deaths attributed to the storms were caused by wind, debris, floods or other factors.

The Atlantic hurricane system started at the beginning of this month and has not yet spawned any severe storms, which are expected until the end of November.

This article does not attempt to account for all deaths caused by extreme weather and has not included related disasters including landslides, droughts and wildfires.