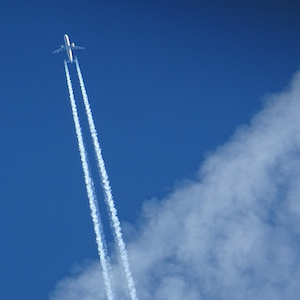 The now near total desperation of the climate engineers to turn warmth into winter is becoming incredibly obvious and blatant to any that are even slightly awake. "Winter Storm Jupiter" is the latest creation of the climate engineers. This so called "winter storm" is simply the product of ionosphere heater generated jet stream manipulation and massive chemical ice nucleation processes. Highly destructive ice storms are occurring due to the climate engineering chemical cool-downs. These temporary toxic cool-downs are further fueled by "global dimming", a primary goal of the geoengineers and their "solar radiation management" (SRM) programs. The map below shows the "Winter Storm Jupiter" scenario just described. An extremely anomalous and deep jet stream dip is utilized to help siphon up copious amounts of warm Gulf of Mexico moisture. 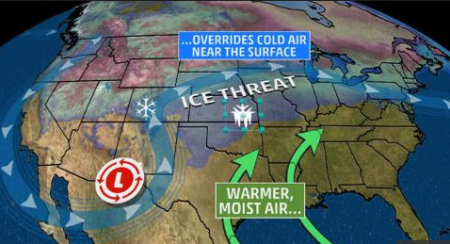 The power structure owned and operated climate engineering cover-up institutions like The Weather Channel do their best to explain away the completely engineered and anomalous weather as being all just "natural" conditions.

The first satellite/radar animation below reveals the early stages of "Winter Storm Jupiter". As bands of warm moisture migrate north, they are bombarded with chemical ice nucleating agents from above via jet aircraft dispersions. The effect of this chemical ice nucleation process can be clearly seen as cells of precipitation suddenty "flash out" to frozen in spite of the far above freezing temperature moisture.

A close examination of this animation shows rain "changing over to snow" as far south as northern Mexico while rain can still be seen as far north as Utah, Iowa, and Pennsylvania.

The next satellite/radar animation shows yet more anomalies of warm rain cells "turning over to snow" as moisture continues to migrate north.

The zone of moisture over New Mexico is of special interest in the satellite/radar loop shown above. Not only is the rain "change over to snow" extremely visible, the radio frequency/microwave transmission manipulation of this moisture zone is also shockingly apparent (circular configuration). The epicenter of this New Mexico RF transmission zone is located just west of Albuquerqe.

Radio frequency/microwave transmissions are a core aspect of the climate engineering process. Such transmissions are utilized to manipulate jet aircraft dispersed particulate/chemical elements causing these elements to repel or congeal. 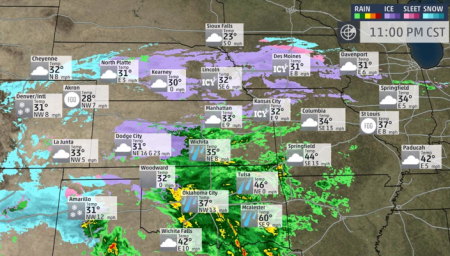 As shown above, temperatures as high as 60 degrees (with rain) immediately decline toward the cores of the chemical cool-down zones.

The "forecast map" for 1/16/17 is even more revealing and shocking in regard to the incredibly warm temperatures in occurring in "Winter Storm Jupiter". With atmospheric conditions this warm, the chemically ice nucleating elements often reach the ground level before setting up as ice, thus creating extremely destructive "ice storms". 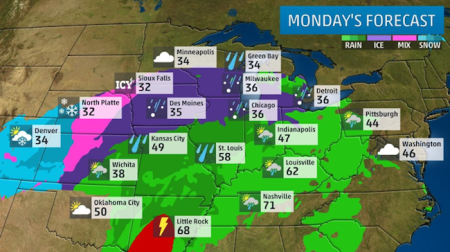 With warm migrating moisture with temperatures in the low 70s (straight out of the Gulf of Mexico), why is warm rain "changing over" to ice? With most temperatures on the ground still at well above freezing This is a result of chemical ice nucleation elements that are being utilized on an unimaginable scale as the climate engineers try desperately to turn warmth into winter.

How warm will it be following "Winter Storm Jupiter"? Temperatures will immediately rebound. 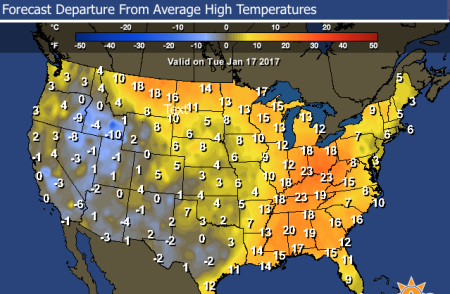 Only days after "Winter Storm Jupiter" record or near record heat is forecasted to return to much of the US with some regions warming to almost 30 degrees above normal. 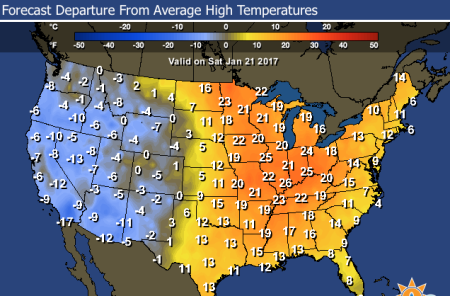 Formally anomalous temperature divides like that shown in the "forecast" map above have become the norm. The completely out of control climate engineering cabal continues to "force" the climate system by trying to chemically create short term (and highly toxic) cool-downs in a rapidly warming world (Japan and Europe are also being assaulted by completely engineered storms). The slightly below normal temperatures shown for the western US in the forecast map above likely contain the next engineered winter event for the US, "Winter Storm Kori". Warm moisture flowing in from the Pacific will be subjected to yet another climate engineering chemical onslaught in order to continue manipulating the climate perceptions US population. Short of nuclear cataclysm, climate engineering is the greatest and most immediate threat we face. Though countless forms of anthropogenic activity have done immense damage to the planet and climate system,  there can be no legitimate discussion of the weather or the climate system without first and foremost including the single greatest climate disrupting and damaging factor of all, global climate engineering. Our planet is accelerating toward a state of total meltdown, though highly destructive (and toxic) covert geoengineering programs can create short term cool-doowns, this manipulation comes at the cost of an even worse overall warming. All of us are needed in the critical battle to expose and halt the climate engineering insanity, make your voice heard.
DW