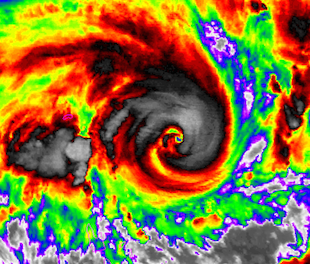 Hurricanes (called cyclones in the western Pacific) have been actively and aggressively manipulated for a very long time. The more that the climate engineers hamper Earth's natural life support systems, the more dire our climate and environmental scenarios will become. Hurricanes in the Atlantic basin have been actively suppressed from becoming major circulations since 2006. Major landfall events to the US have been completely suppressed during this same time frame (hurricane Sandy was not a "major" hurricane, though it did do horrific damage). And what about the Gulf of Mexico? In spite of record warm waters, hurricanes have not been forming as conditions indicate they should. Any developing circulation in the Gulf is immediately knocked down and kept in check by the climate engineers. They do not want the sea of BP oil sitting on the bottom of the Gulf to get churned up. There is officially a hurricane "slump" in the Atlantic basin and the weather makers appear to have yet another mild hurricane season scheduled for the US in spite of record warm ocean temperatures. A single large cyclone in the right location of the Gulf would likely again scatter oil all over beaches yet again. 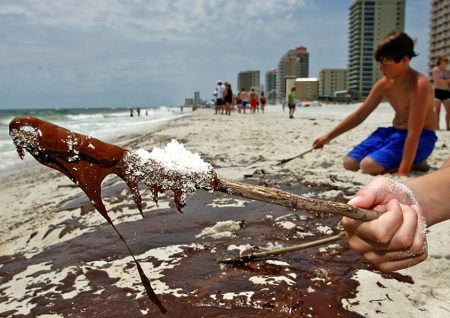 Some hurricanes are allowed to reach damaging intensity if they are going to impact Cuba, Haiti, or other parts of central America where damage can be tolerated or may even be a desired outcome. What about the hurricane season in the eastern Pacific (west of the US)? The 2014 season was the most active in 22 years. The western Pacific (east of Asia) is already off to a record year for cyclones. Massive and continuous cyclones in the western Pacific are wreaking havoc on many nations that are either adversarial to US "interests" or that the US wants to "occupy" by building military bases after it moves in damaged countries under humanitarian pretexts. Are cyclones in the Pacific actually being allowed to strengthen or even being augmented by the weather makers (with ionosphere heaters like HAARP) as a form of weather warfare? Why would we believe otherwise when available data makes clear the technology has existed for decades and has actively been used. 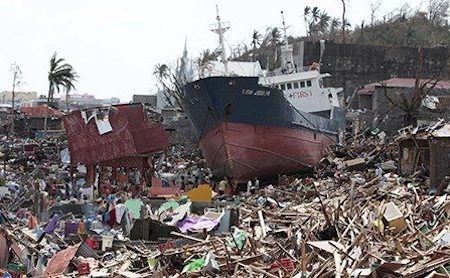 What is all this manipulation doing to the state of the oceans? The extremely rapid buildup of Co2 and methane in the atmosphere is an immense problem for life on Earth. The climate engineering insanity is an even bigger problem overall. The ongoing climate manipulation has prevented the planet from responding to the damage being done from other forms of anthropogenic activity while at the same time geoengineering programs themselves have added exponentially to the overall damage to the climate and atmosphere from countless directions. Earth's oceans are warming at the thermal energy release rate of 4 Hiroshima bombs per second, the warming is occurring so rapidly the records keep breaking the existing charts. The more man interferes with the life support systems of the planet, the less our chances of survival will be. Earth's oceans are dying along with the rest of the biosphere. Educate yourself and make your voice heard in this battle while there is yet time to make a difference. DW