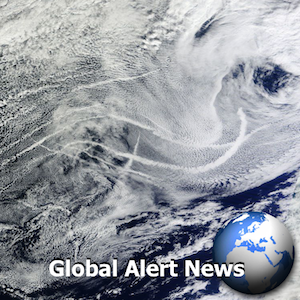 The Orwellian dystopian world we all find ourselves in so far appears to be locked into its current course. Day is night, up is down, black is white,  whatever the official narrative is, the majority of the population seems all too willing to accept it. Militarized and industrialized power centers are now more dangerous than ever as the accelerating collapse of the biosphere and civilization looms. As the biosphere goes, so will the economic and societal systems that were built from relentless environmental looting, pillaging, and plundering. Highly toxic weather events (like those that just occurred in Australia, Kuwait, and London) continue to kill many and to put thousands more into hospitals. The most immediate nemesis we collectively face remains the climate engineering/weather warfare/biological warfare atmospheric spraying assault.Which critical news stories did corporate media hide from the public's view this week? The latest installment of Global Alert News is below.

The weather-makers appear absolutely determined to radically cool down the land surface temperatures of the US (via jet stream manipulation and massive chemical ice nucleation) in this last month of the year. The "scheduled" record cold chemically nucleated zone for much of the US is reflected in the NOAA "departure from normal high temperature" map below. This is truly shocking given the fact that the US just experienced it's warmest autumn on record (breaking the previous record set only last year), the 2nd warmest November on record, and 2016 is already certain to be the warmest year ever recorded on our planet since record keeping began. 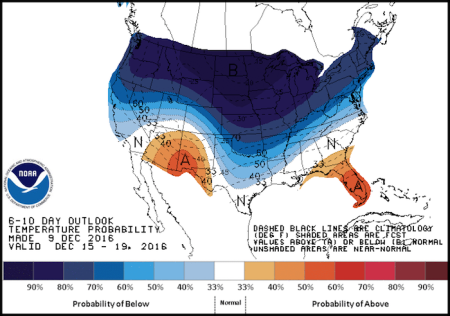 Of note is the fact that the epicenter of the engineered winter anomaly is still centered over the Dakotas and the water protector protesters.

This engineered cool-down is being carried out while the arctic continues to melt with record heat and record low ice levels. 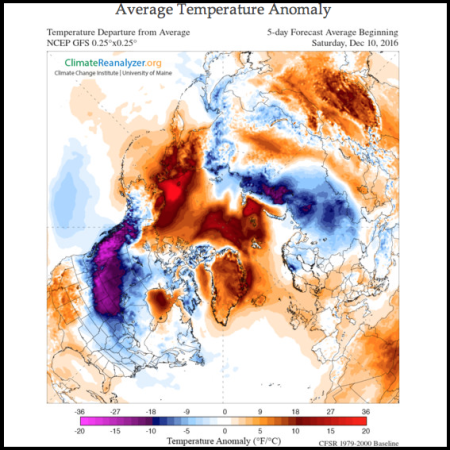 The vast majority of media sources (including most alternative media sources) are not covering what is unfolding in the polar regions.

And what about the world overall? The GISS map below illustrates global "departure from normal high temperatures"  for the last 30 years. Take note of the region with the least overall heat gain in the entire northern hemisphere, most of the North American continent. The US has by far the largest military, thus the largest (and most lethal) global climate engineering operation.The most anomalous cooler zone of reduced heating shown in the GISS map is, thus, over the North American continent. Geoengineering creates temporary toxic cool zones at the cost of a far worsened overall planetary heating. 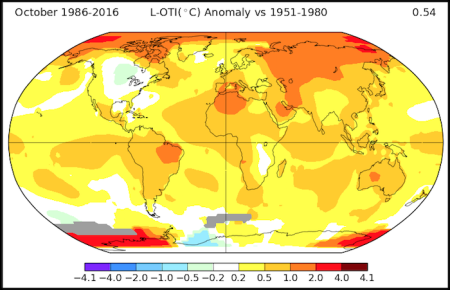 Because the unfolding biosphere changes have occurred slowly over time, most are perilously unaware of the severity of the changes.

Global climate engineering operations are tearing apart the planet's life support systems, destroying our health, and irreparably contaminating the entire biosphere. All of our lives depend on the state of the planet. The only way to effectively fight the insanity we face is to see the wider horizon clearly, to stand on solid verifiable facts, and to effectively share credible information with others. We must each do our part in the critical battle to wake the masses.
DW

This week's GeoengineeringWatch.org outreach booth is at the OC Fair & Event Center, Costa Mesa, California, and is shown below. My most sincere and continuing gratitude to the Gem Faire exhibition organizers for facilitating and setting up this very effective booth in every week's Gem Faire location. My thanks also to the very dedicated activists that ran the booth. The schedule for upcoming Gem Faire events is HERE. A geoengineeringwatch.org booth will be at all events, thanks to the steadfast support of Gem Faire. 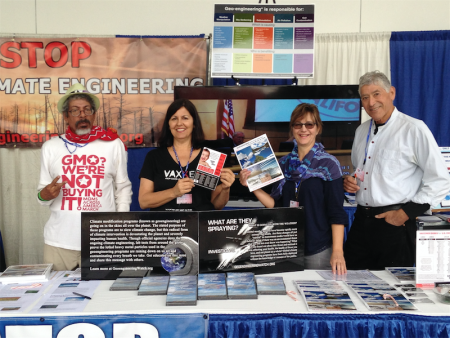 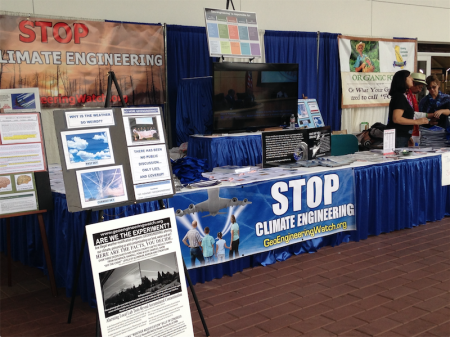 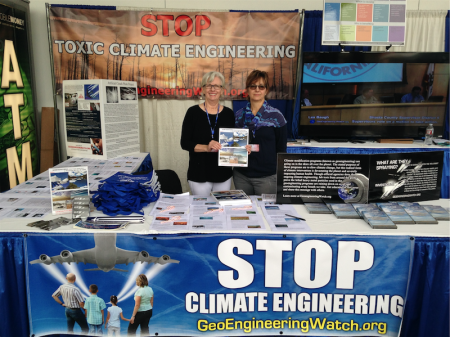