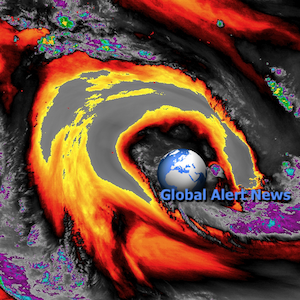 Unprecedented events are rapidly unfolding all over the globe. Is Nature to blame? Or are the primary causal factors directly related to human activity and power structure agendas? Societies are being locked down around the world, up to a million US military reserve troops are being called back to service. Is martial law about to be implemented? The latest installment of Global Alert News is below.

Many feel increasingly powerless with each passing day, but this is not the case. We must never forget that if we stand together we can yet make a difference, even at this late hour. All are needed in the critical battle to wake populations to what is coming, we must make every day count. Share credible data from a credible source, make your voice heard.
DW

This is what aerosol particulate dispersions look like in the Eastern US in March. What do your skies look like? Let us know.
Monongahela, Pennsylvania (3/8/20). Photo credit: Linda Serpas. Click image to enlarge. 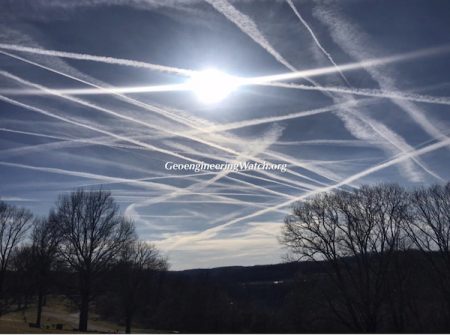