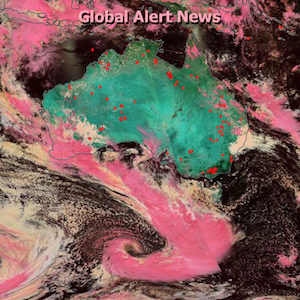 What are the most critical threats we collectively face? If we cannot breath without inhaling the highly toxic heavy metal and chemical fallout from the covert climate engineering assault, how long can we possibly expect to retain our health? How long can the environment survive under such conditions? How many are now willing to reconsider their priorities? What acts of desperation can we expect from the tyrannical halls of power? Where do we go from here? The latest installment of Global Alert News is below.

In a long and arduous journey, like the fight to expose and halt climate engineering, battle fatigue becomes a factor. The challenges we face can seem overwhelming, but if we can summon the strength to continue our march forward one day at a time, we may yet accomplish profound good even at this late hour. Waking the masses to what is unfolding is essential. Make your voice heard, share credible data from a credible source, all of us are needed in this critical battle to sound the alarm.
DW

Geoengineering Watch wishes to express our most sincere gratitude to Maciej Kocialkowski for his tireless work toward raising awareness on the critical issue of climate engineering. The geoengineering awareness booth in the photos below was set up at the Historical Train Depot farmers market in Punta Gorda, Florida (3/9/19). Maciej has also translated GeoengineeringWatch.org flyers into Polish and personally distributed them in his homeland of Poland. 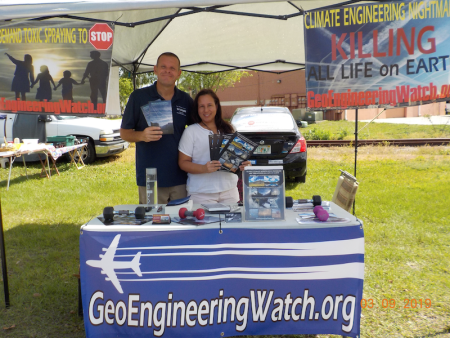 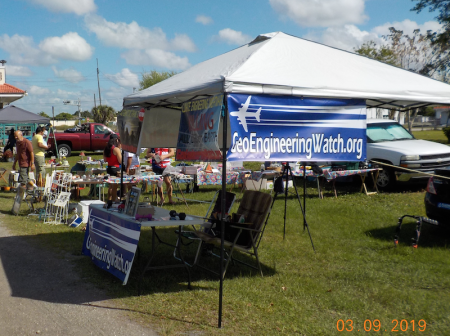 13,000 GeoengineeringWatch.org color glossy 2 sided informational flyers were recently inserted into the entire circulation of the Yuma Daily Sun newspaper in Yuma, Arizona, on February 22nd, 2019. Geoengineering Watch wishes to express our most sincere thanks to Barbara Kirkpatrick for spearheading this very important effort. 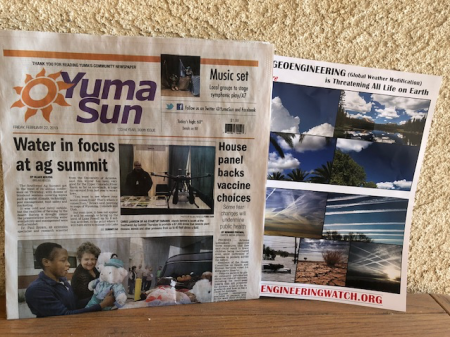 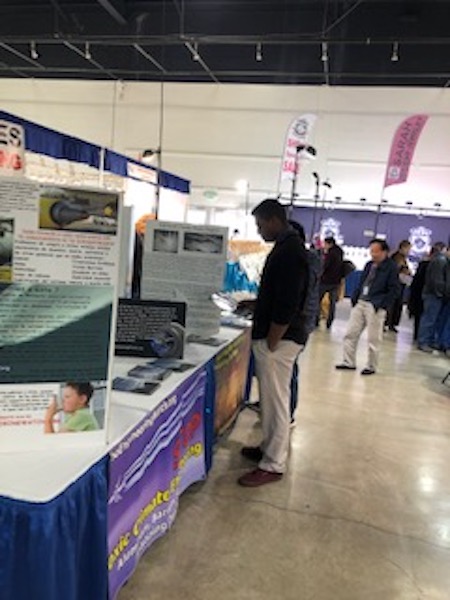 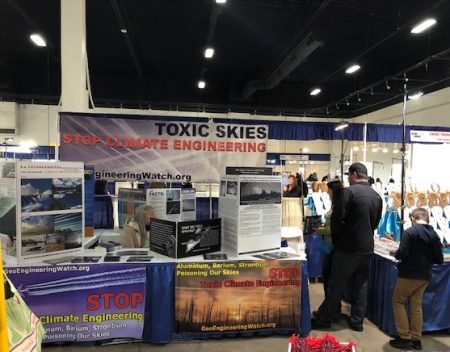 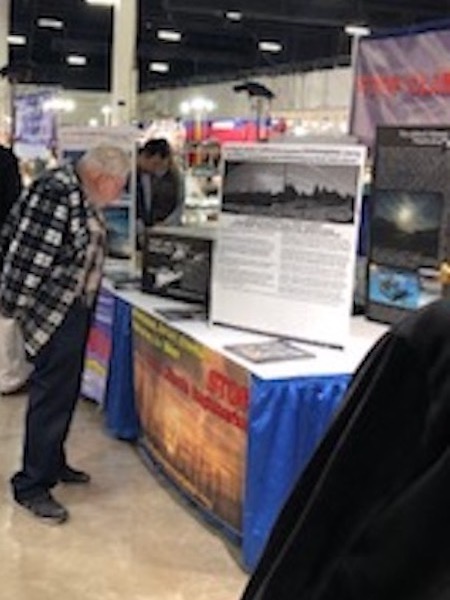 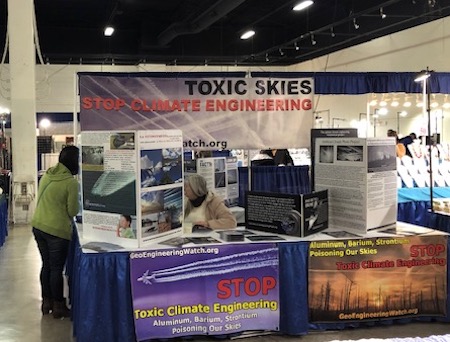 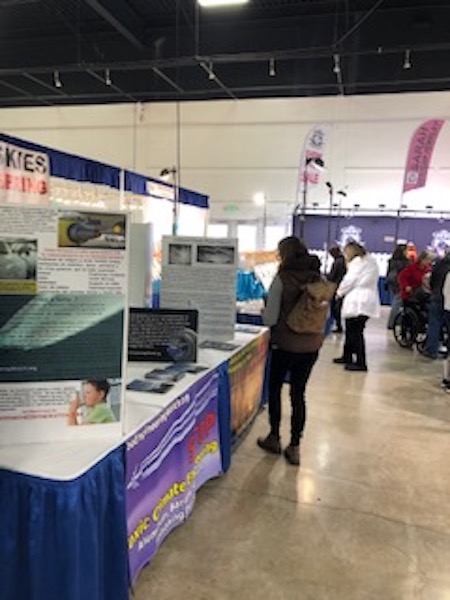 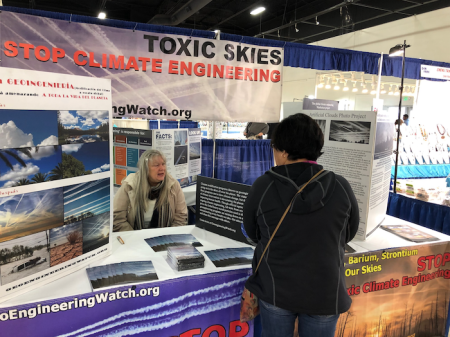