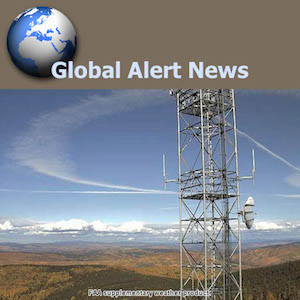 A core group of consolidated power has been orchestrating global events and manipulating society in countless ways for an unimaginably long time. The global geoengineering assault has been (and is) a primary weapon for them. This cabal of insanity has pushed the planet far past the point of no return. Society as a whole has unfortunately been all too willing to go along for the ride. Collapse is coming on numerous fronts, this is not a question, but a mathematical certainty. Those in power are preparing as fast as they can for a massive paradigm shift. As environment disintegrates, the economy will follow. False flag events have always been used by the those in power to further their agendas. They are now backed into a corner and are more dangerous than ever. Hundreds of thousands of jobs are being lost,  the global dry shipping index has just hit an all time record low, the global refugee crisis is skyrocketing. As the walls crumble, people are more compelled to come out of their bubbles and take a look at the horizon.

Holding community viewings of documentary films can be extremely productive. One of the films that is essential for the public to see is the 911 Architects and Engineers for Truth documentary. On November 14th, such a viewing was held in Redding, California. 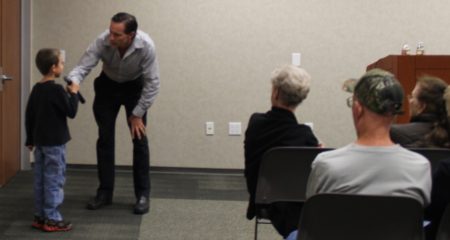 Preserving the planet for the young (and protecting them from the crimes of the power structure) is our collective responsibility. My most sincere thanks to young Colton for asking his question at the community viewing. It is for Colton, and all the children, that we fight.

90% of those in attendance had never examined information on the 911 issue other than the official narrative. None could argue the shocking data presented and the film was a stepping stone to the subject of climate engineering. All left with the free informational materials on geoengineering which were given away at the event and now many more "spot fires" of awakening are burning. This week's installment of Global Alert News outlines some of the key events and factors that have lead us to this crossroad. Where do we go from here?

We must all use every peaceful option at our disposal to help sound the alarm, no stone can be left unturned.
DW