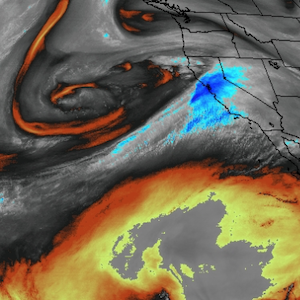 Weather patterns and behavior continue to drift further and further from historical norms. Scientists have just disclosed that highly toxic fog is impacting the California coast, what could be the cause? How many noticed something is not right with the skies or our weather? The US military has stated its desire and intent to “own the weather”, what are their objectives and agendas? Will never-ending political theater keep populations distracted from the rapidly darkening wider horizon until total collapse? The latest installment of Global Alert News is below.

Though the holiday season can provide a very welcomed distraction from the immense challenges we face, it is still imperative for us to continue with our ongoing efforts to sound the alarm. Share credible data from a credible source, make your voice heard.
DW

This week's GeoengineeringWatch.org outreach booth is at the Monterey County Fairgrounds, Monterey, California. My most sincere and continuing gratitude to the Gem Faire exhibition organizers for facilitating and setting up this very effective booth in every week's Gem Faire location. The schedule for upcoming Gem Faire events is HERE. A geoengineeringwatch.org booth will be at all events, thanks to the steadfast support of Gem Faire. 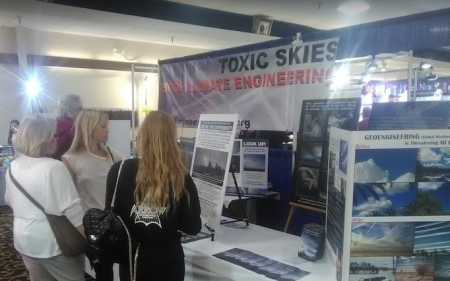 GeoengineeringWatch.org billboard in Bruce, Michigan (11/16/19). Our most sincere gratitude to Tom Ciolli for all his ongoing efforts to sound the alarm on the critical climate engineering issue, and for making this billboard happen. To view our other billboards, see the attached link: https://www.geoengineeringwatch.org/category/geoengineering/billboards/ 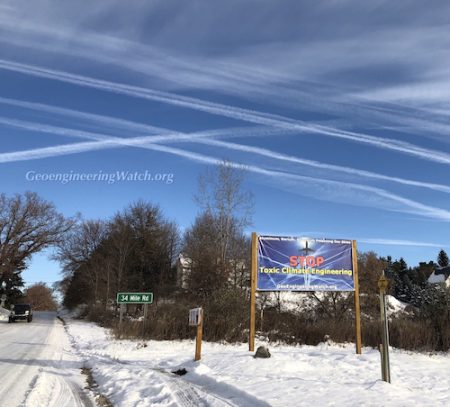