So much in our world is changing, and so quickly. How many are still trying to convince themselves that all is normal and sustainable? How many still believe that the government, our government, has our best interest in mind? Scientists working with Geoengineering Watch have now analyzed samples we recently collected in high altitude flights. The latest installment of Global Alert News is below.

Fighting against the growing tide of insanity is a daunting task, but not impossible. If we stand together, and if we collectively keep a correct compass heading, we can yet make a difference in this all important battle for the greater good. Share credible data from a credible source, make your voice heard, make every day count.
DW

Our thanks to Mike Torrence for continuing with his efforts to raise awareness at the Tonasket farmer's market in Washington State (5/18/19). 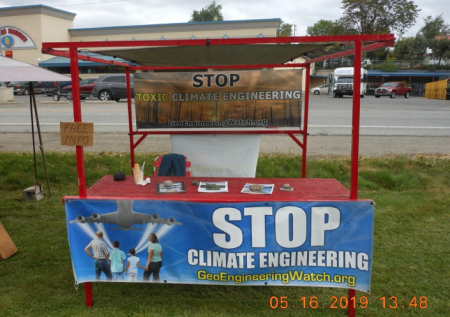 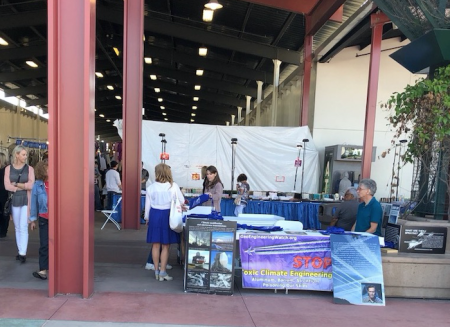 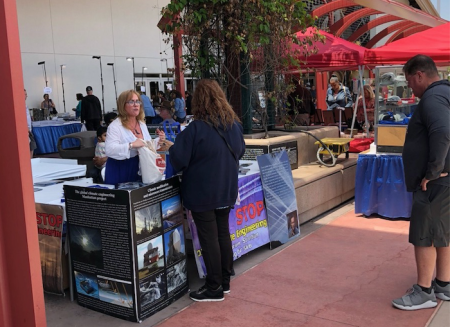 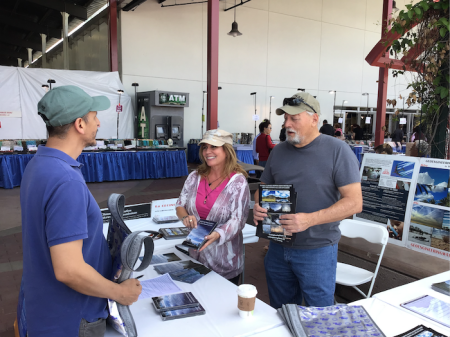