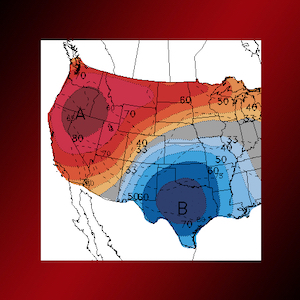 The science community is finally admitting that the state of the biosphere is far more dire than previously disclosed and that any recovery would take “millions of years”. What core factor in the equation is still being completely denied? One only has to look to our skies for the answer. Climate engineering operations continue to be ramped up as the CV-19 scenario expands. All the while the constant flow of disinformation and propaganda being pushed on populations is growing worse by the day. Far too many are still trying to convince themselves that if they do everything they are told to do by "official sources", their lives will “go back to normal”. The latest installment of Global Alert News is below.

The geoengineers have consistently concentrated on cooling down the eastern half of North America (the most populated portion of the US) for nearly a decade. Doing so maintains the population's confusion and division regarding the true severity of planetary heating. The NASA "departure from normal high temperature" map below reveals the average rate of planetary warming from April 2012 through April 2021. The most anomalously "less warm" terrestrial region in the entire world for the last 9 years in a row is clearly the eastern half of North America. This is not the result of Nature, it is climate engineering. 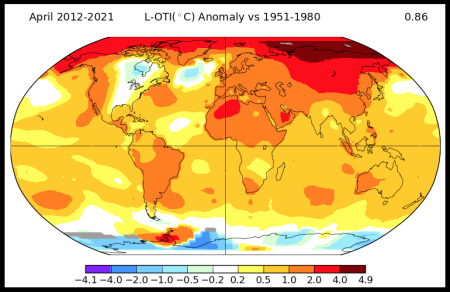 The NOAA "forecast" map below (scheduled weather) is truly shocking. The map reflects "departure from normal high temperatures" that are "predicted" (being engineered). The weather makers are forcing the climate system far past the breaking point, frying the US West in the ongoing attempt to artificially cool other parts of the country. Climate engineering operations continue to create freeze / fry extremes. 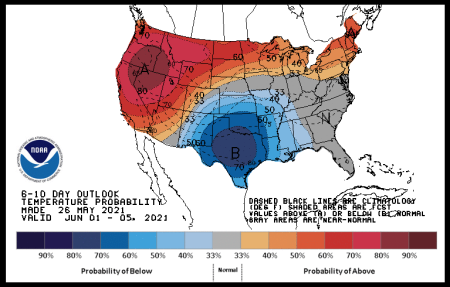 This week's GeoengineeringWatch.org outreach booth is at the Expo Square, Tulsa, Oklahoma, and is shown below. My most sincere and continuing gratitude to the Gem Faire exhibition organizers for facilitating and setting up this very effective booth in every week's Gem Faire location. The schedule for upcoming Gem Faire events is HERE. A geoengineeringwatch.org booth will be at all events, thanks to the steadfast support of Gem Faire. 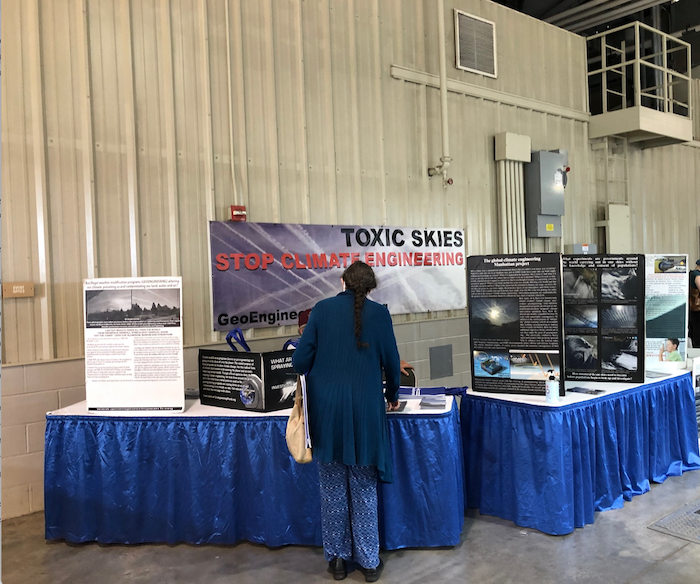