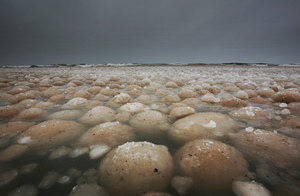 In the last few years a formerly unknown phenomenon has appeared on Lake Michigan, huge "ice balls". This should be perplexing enough, but what about when the "ice balls" appear in lake water that is 40 degrees or above? Welcome to the world of chemical/biological ice nucleation. Artificial nucleating agents form the nucleus of ice around which the "balls" form. Last year on Lake Michigan volumes of ice were still floating around while people were sunbathing on beaches with 85 degree temperatures. The vast majority of the public has absolutely no idea that it's even possible to artificially nucleate ice on any scale, let alone doing it on the colossal scale being carried out by the climate engineers. How radically can the weather makers cool things down if they choose to? How about going from a record high temperature of nearly 100 degrees to snow in one day. The spraying of chemical or biological ice nucleating agents over clouds and storm systems is a major component of the completely engineered winter storms which are very theatrically named by organizations like "The Weather Channel". 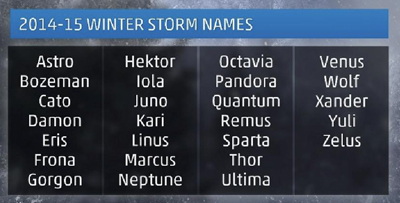 The job assigned to organizations like "The Weather Channel", "Weather Underground" and others, is to convince the public that the completely engineered and unnatural is just "normal weather". The so called "meteorologists" that work for these organizations have completely abandoned any morality they may have once had in exchange for a paycheck. The article below is a case in point. It states that the massive ice balls are just a natural phenomenon in 40 degree water. The reality is this, these "ice balls" are historically unprecedented prior to the last few years. There is no natural weather at this point, none.
Dane Wigington
geoengineeringwatch.org

At first glance you’ll think these are just big rocks floating in the lake — until you look closer.

You’re watching huge ice boulders bob along the shores of Lake Michigan outside Traverse City, which sits along the northwest coast of the Wolverine state's lower peninsula.

Photographer Ken Scott captured the video above on New Year’s Day. More have washed ashore since and he's posted other photos to his Facebook page.

Ice balls form when small chunks of ice break off into the water; as those chunks of ice tumble in the waves, the pounding of the waves shapes the ice into spheres, Park Ranger Amie Lipscomb explained to mlive.com.

According to weather.com senior meteorologist Nick Wiltgen, temperatures in Traverse City on New Year's Day were between 24 and 30 degrees with blustery winds; water temperatures hovered around 40.

Northern Michigan appears to be a hot spot for this winter phenomenon. Photographers captured incredible photos of them rolling to shore at Good Harbor Bay around the same time last year.