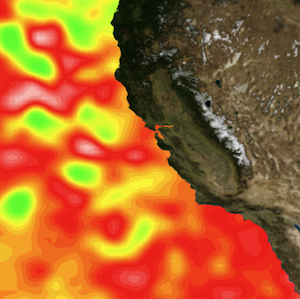 "Winter storm Kayla" is the latest creation from the climate engineering cabal that now controls Earth's life support systems (following "winter storm Jonas"). There is no longer any weather that can be considered "natural", the entire climate system has long since been completely derailed. Is it just a coincidence that the engineered winter weather is timed with the Iowa Caucus? 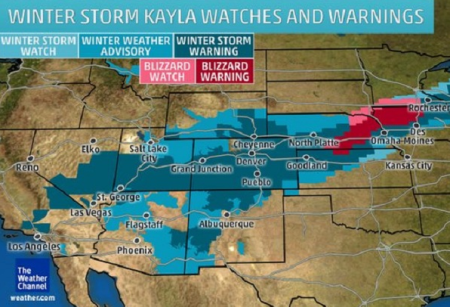 The power structure controlled script reading weather forecasting agencies like The Weather Channel somehow know almost a week ahead of time that "winter storm Kayla" would form and take this exact track. This is not weather forecasting, it is the scheduled weather.

What were the predictions for the "Mega El Niño? 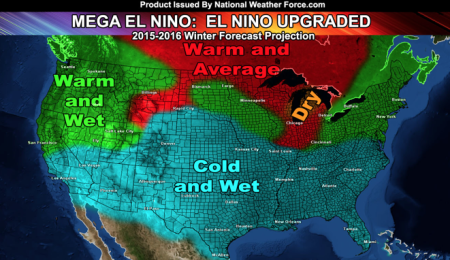 The 2015-2016 "winter weather" has so far been very different than what was predicted and from what should have been given the extreme El Niño event.

How can "Kayla" be a "winter storm" at all with record or near record warm temperatures (and tornados) predicted a short distance from the center of the snow storm? 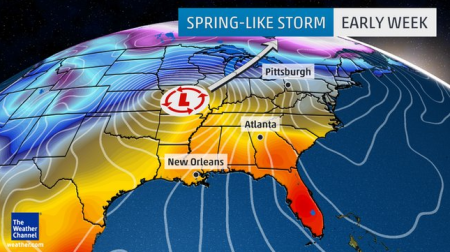 The moisture for "winter storm Kayla" is being pumped right out of the record warm Gulf of Mexico.

Exactly how far above average will the temperatures be at the height of this latest engineered "winter storm"? The glaring contrast of extremes in the map below are beyond alarming. 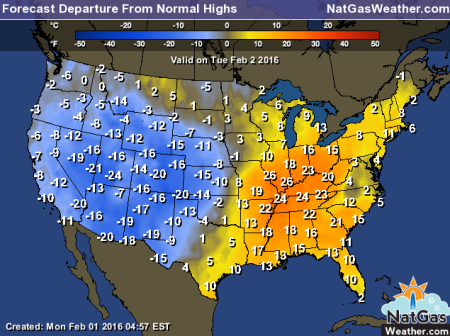 Polar opposite temperature extremes like those reflected in the map above are historically unprecedented prior to recent years.

Warm flows of moisture coming from the south will be chemically nucleated to create concentrated pockets of "heavy wet snow" in the more heavily populated locations. The desired "winter weather" headlines will be achieved in spite of record warm temperatures in a very close proximity. 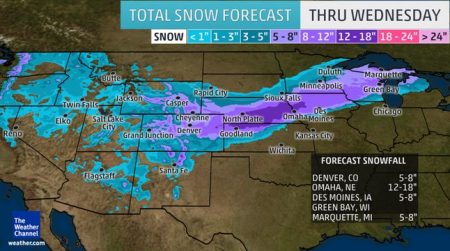 Take a good look at the radar map below. Snow is falling in northern Baja and northern Mexico while it is raining in the northernmost tip of Maine, US. Chemical ice nucleation processes can create frozen precipitation/snow under a wide variety of conditions. The Chinese were open about chemically nucleating snowstorms until they inflicted major damage to Beijing. The chemical nucleation process also produces a cold dense layer of air which descends to ground level and temporarily lowers temperature readings. 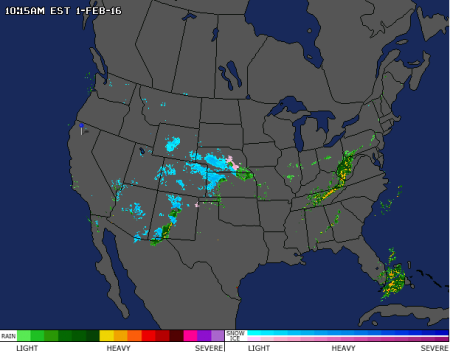 So, what happened to the "Mega El Niño"? Massive atmospheric spraying is drying up and migrating moisture across the US West, again. 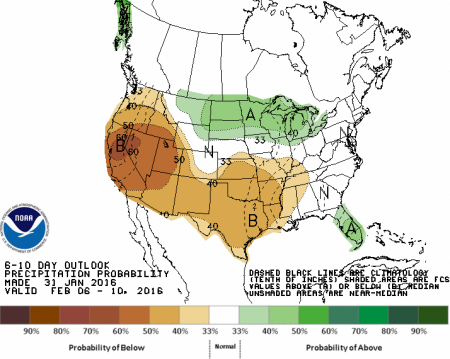 As has been the case for so many previous years, the center of the below normal bullseye is directly over areas of California that are already immersed in epic and unprecedented engineered drought conditions.

Headlines of abundant snow in selected locations of California have caused many to conclude that the parched US West was getting all the needed rain. In an overall context, this is an absolute lie. Carefully crafted headlines have hidden the fact that the primary reservoirs in California have barely raised at all. The climate engineering/solar radiation management spraying of atmospheric particulates has countless negative impacts on precipitation. These particulates not only diminish and disperse overall rainfall, but the particles greatly reduce the "orographic enhancement" effect usually caused by topography. What does this mean? Rainfall/snow amounts should double or triple as storms move over mountainous zones. This is now all too often not occurring due to the atmospheric particulate saturation. 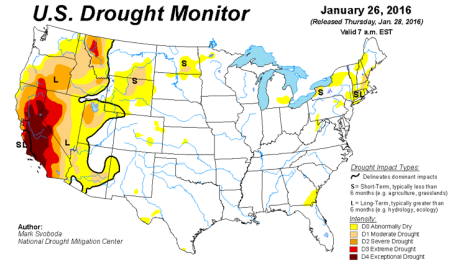 The drought in the US West (and in so many other parts of the world), is a result of climate engineering. No matter what one chooses to conclude is the motive or agenda behind the geoengineering programs, the impacts cannot be rationally or scientifically denied. "Winter storm Kayla" is also a direct result of the ongoing climate engineering insanity. Who gave the weather makers the right to wreak havoc on our planet? If you do not consent, than get in the battle and make your voice heard in this fight.
DW