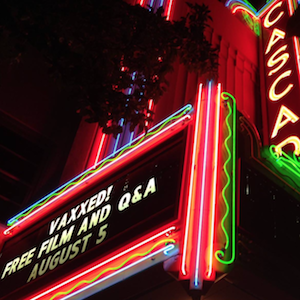 On Friday, August 5th, 2016, an all day free public awareness and call to action event was carried out in the Northern California City of Redding. The event covered extreme vaccination dangers, climate engineering, and the unimaginable government tyranny that is inflicted on whistleblowers and the population as a whole. The groundbreaking documentary VAXXED was screened in the afternoon and again in the evening. The film producers (Del Bigtree and Polly Tommey) and the director (Dr. Andrew Wakefield) were present for extensive Q and A sessions after each screening. Dr Sherri Tenpenny joined the very informative VAXXED Q and A panel discussions in addition to carrying out her own hard hitting powerpoint presentation. A climate engineering update presentation on the dire state of the biosphere was presented by myself (Dane Wigington). An exposé on government criminal conduct was delivered from former CIA officer Kevin Shipp. 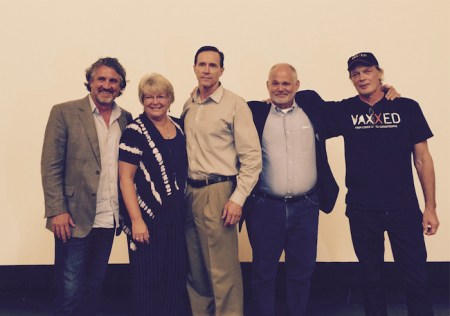 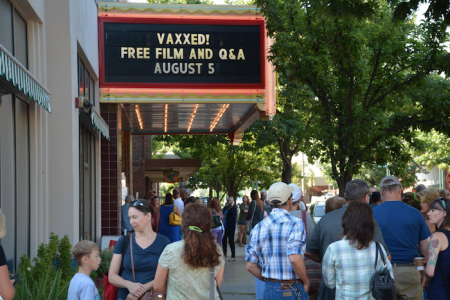 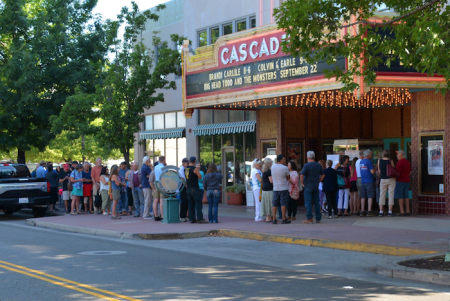 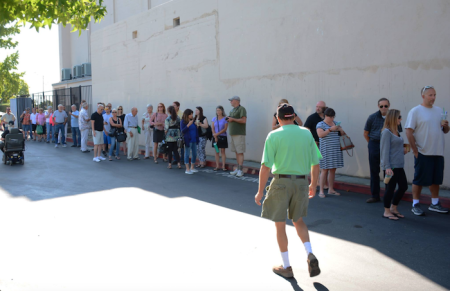 The three photos above were taken in the early morning before the doors to all day event were opened. Photo credit: Alan Ernesto Phillips 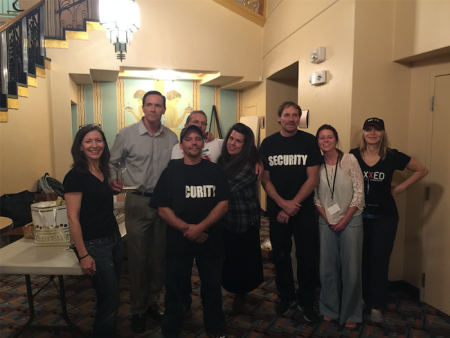 I wish to extend my deepest and most sincere gratitude to all of the extremely dedicated volunteers who worked so hard to make this all day and into the night (9am to 10pm) public awareness event such a success. The photo above only includes a portion of the hard working activists that gave their time and energy to this event. 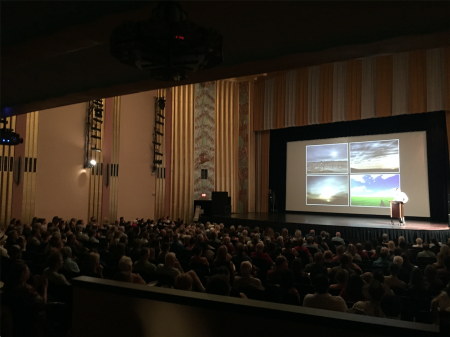 The Cascade Theater was an exceptional location for this critically important gathering. My most sincere gratitude to the Cascade management and staff for all their help with the event. 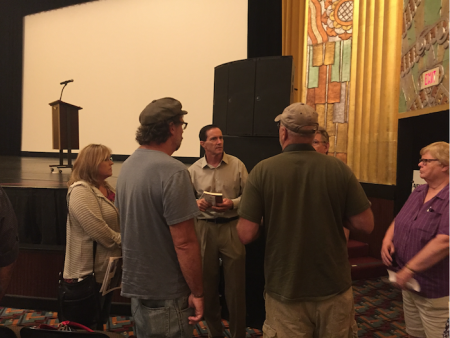 Post presentation questions from some attendees that traveled considerable distances to attend. 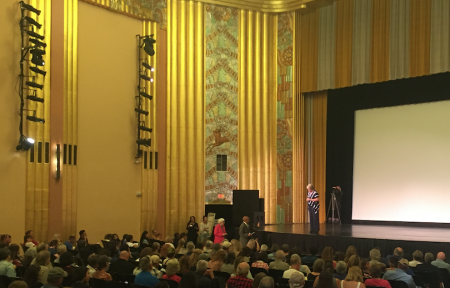 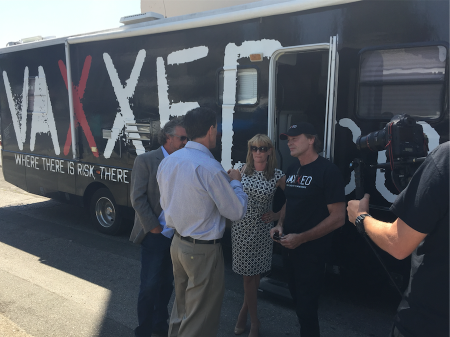 The VAXXED crew arrives at the event. 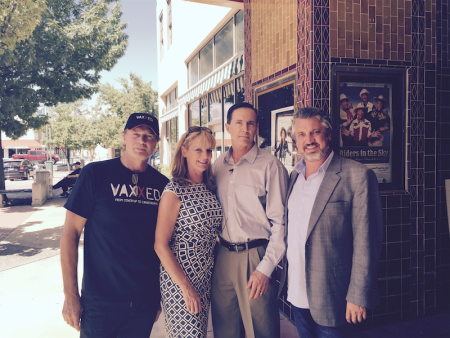 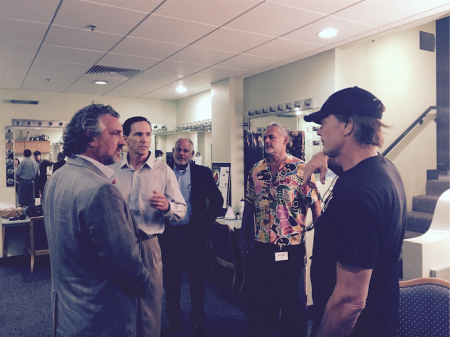 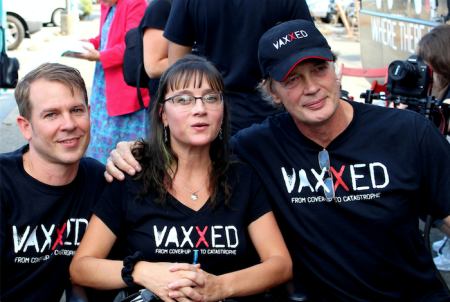 Dr. Wakefield and one of the VAXXED film crew are shown with Dawn Winkler who tragically lost her daughter due to a vaccine reaction. Dawn was interviewed at the event by the Vaxxed team. 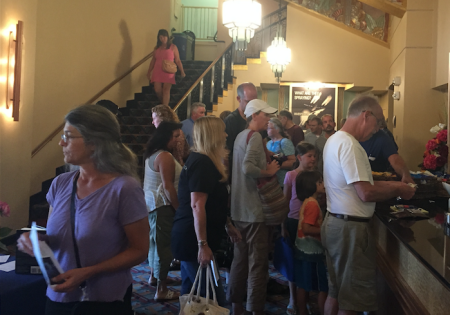 Attendees (who came from considerable distances in many cases) gathering free informational materials in the event lobby to help continue raising awareness in their own regions. 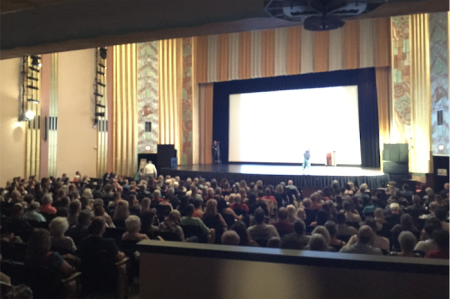 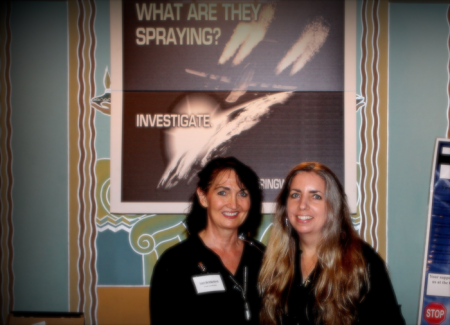 Activists Lori Bridgeford and Sharon Beckwith worked diligently starting a full six weeks prior to the event and continued their pace right through the event day.

The Redding awareness/call to action event would not have been possible without the tireless work and dedication of numerous activists who are completely and unselfishly committed to the cause. My most sincere gratitude to all the volunteers and activists whose assistance was absolutely essential for the success of this event. I also wish to express my deepest thanks to all the activists in the field who are working tirelessly to help sound the alarm each and every day all over the country and throughout the world. The battle for the greater good is a team effort, all of us are essential to the cause. The entire event was professionally filmed by multiple videographers. We will post individual videos of presentations and interviews conducted backstage at the event as they become available from the production crew. The walls continue to close in from countless directions, we must all make the most of every single day in regard to our efforts to sound the alarm and wake the masses. As expected (and as was the case with last years event) Northern California Media completely blacked out any coverage whatsoever of this event in spite of receiving multiple press releases. Exposing the truth is up to us.
DW