Doubling Down On Geoengineering, Upcoming Conference To Discuss Microwaving The Atmosphere 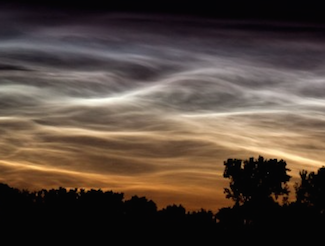 The layers of insanity continue to grow, each heaped on top of another. The programmed human delusional mindset of the "techno fix" will very soon lead us to the total extermination of all life on Earth if it is not stopped. Methane is rapidly saturating the atmosphere of our planet. There have been countless triggers and causal factors to the unfolding cataclysm occurring over our heads, but the single greatest component of biosphere decimation is climate engineering. 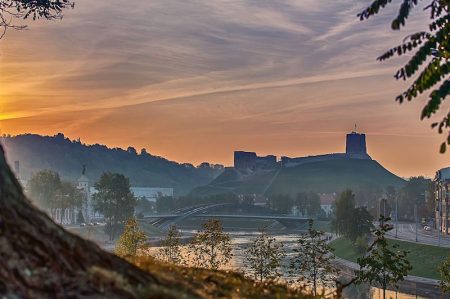 The front line Arctic scientists are in a justifiable panic about the blanket of methane that is rapidly covering the planet. They are urgently proposing the immediate deployment of mobile RF (radio frequency) transmitters to microwave the atmosphere with opposing frequencies. This proposal is a last ditch effort of total desperation to try and degrade the atmospheric methane buildup. There will be a presentation to address this "proposal" at the American Meteorological Society's 18th Conference on Atmospheric Chemistry, January 10-14, 2016, in New Orleans.  Unfortunately, these same Arctic scientists are either completely disconnected from reality or lying about the fact that geoengineering has already been going on for 65 years or more. The microwaving of the atmosphere to attempt degrading of methane (check project LUCY and Alamo) has also likely already been fully deployed long ago and is furthering the overall decimation of the climate system. 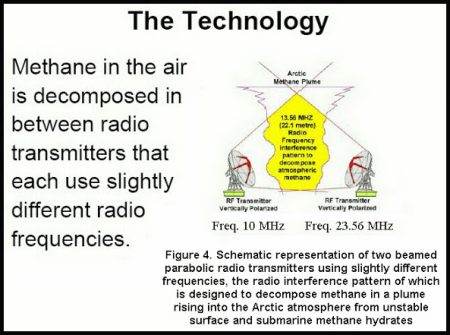 The atmospheric methane acts like a layer of glass, thermal energy comes in, but cannot effectively escape. The continuing expansion of geoengineering is nothing more than an escalation of the already catastrophic destruction inflicted by these programs. Climate engineering is the "cure" that is even worse than the crisis it claims to mitigate. Microwaving the atmosphere will only further exacerbate already unimaginable environmental destruction. The latest NOAA "forecast" map below is alarming to say the least. It is nothing more than the scheduled weather from private defense contractor Raytheon. All the weather modeling for the National Weather Service and the National Oceanic and Atmospheric Administration (both organizations now have federal "gag orders" placed on them) is done by Raytheon, who is also heavily involved in climate engineering. The radical imbalance reflected in the NOAA map below will worsen as the climate engineers continue to chemically cool selected regions on a rapidly warming planet. 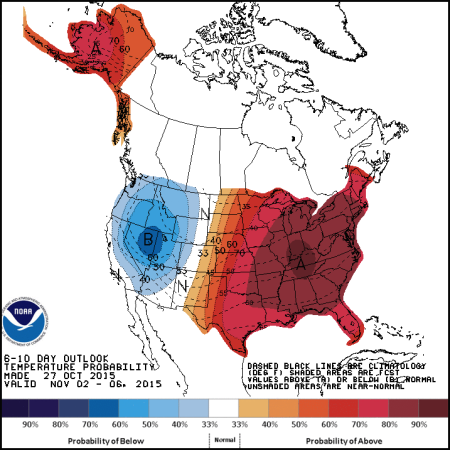 Each color shade above reflects a 2-3 degree "departure from normal temperatures". If this NOAA map does not alarm you, it should.

The IPCC (Intergovernmental Panel on Climate Change) is the largest scientific panel ever created in human history on any subject. Contrary to what many would like to believe about the IPCC, they are not exaggerating the severity of global warming, but radically underreporting it. Thawing methane deposits (the most threatening climate factor of all) is not even considered in IPCC climate models. The buildup of thermal energy on our planet is already skyrocketing beyond comprehension (the equivalent heat energy of 400,000 Hiroshima bombs per day). El nino continues to build as sea surface temperatures go off the charts. 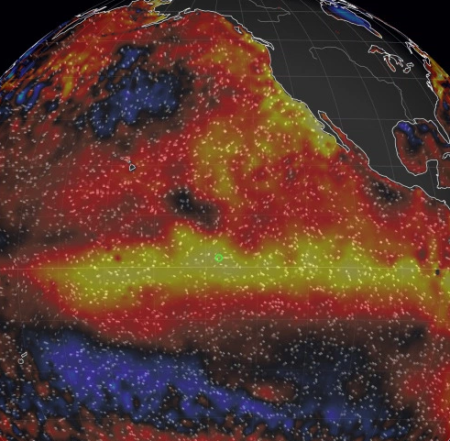 Ocean temperatures are going off the charts

The bottom line is this, we are in completely uncharted waters. The ever increasing layers of climate engineering insanity are exponentially increasing the severity of what we collectively face. The January 2016 meeting of the American Meteorological Society in New Orleans is an important event that should be attended by as many anti-geoengineering activists as possible. Any activists that do attend should arm themselves with credible informational flyers to distribute. It is up to all of us to send the following message: it is not OK for societies and scientists to participate in the lethal climate engineering programs in pursuit of their paychecks and pensions. We must send the message that the public will soon enough hold them legally and morally accountable for their criminal actions. All of us are needed to assists in this critical fight for the common good.
DW

103 Responses to Doubling Down On Geoengineering, Upcoming Conference To Discuss Microwaving The Atmosphere