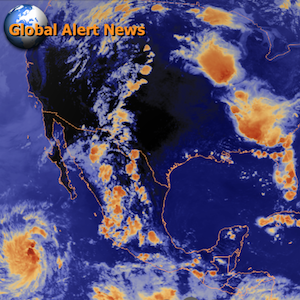 Over a half century ago former president Lyndon Johnson (vice president at the time) stated: “he who controls the weather, controls the world”. But what about the consequences of climate intervention programs? Few yet understand the gravity and immediacy of what is unfolding by the day, the latest installment of Global Alert News is below.

Now more than ever we must keep up our pace in the critical battle to expose the insanity that has already reached epic proportions. Taken as a whole, and I do acknowledge there are exceptions, the human race is behaving like an aggressive cancer that is consuming the planet at blinding speed. Climate intervention programs should be considered the epitome of human folly, exposing and halting these programs must be our top priority. Share credible data from a credible source, help to wake those around you, make you voice heard.
DW

We wish to thank Jeannie Wheeler and Ben Billings for their "Take Back Our Sky!" kiosk, set up at the Farmers' Market in Taos, New Mexico (6/30/18). 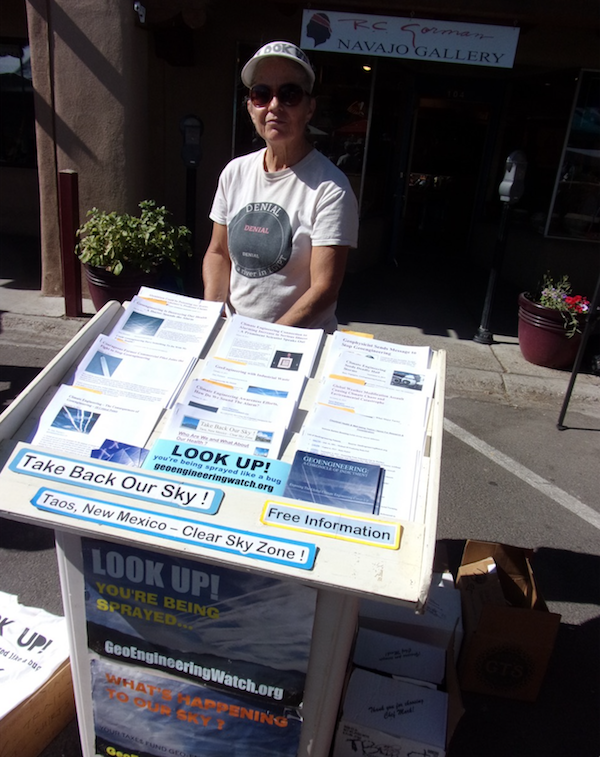 Out most sincere thanks to anti-geoengineering activist, Tom Keith, for helping to sound the alarm at the Davenport Freight House Farmers' Market, Davenport, Iowa, June 30th, 2018. 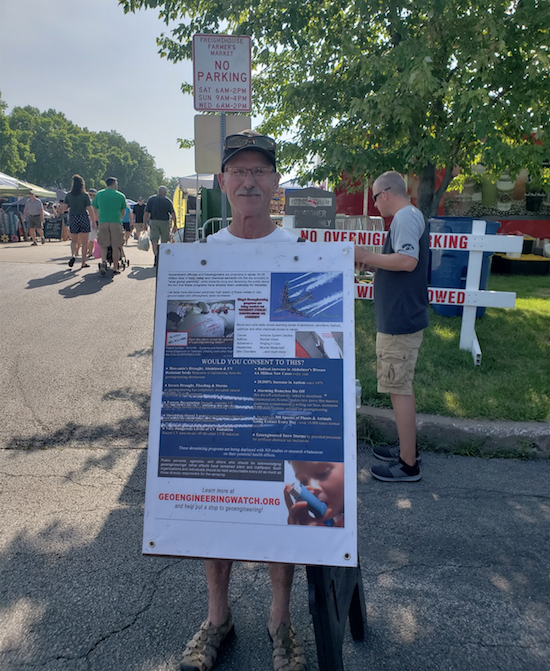 Our thanks to Mike Torrence for continuing with his efforts to raise awareness at the Tonasket farmer's market in Washington State (6/28/18). 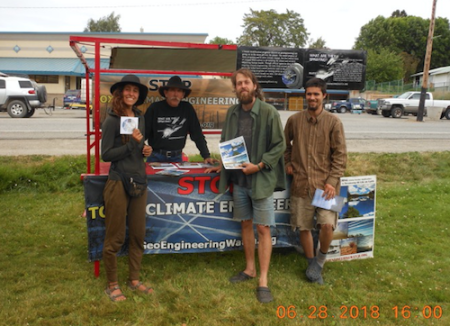 Our thanks to activists Rick Dubov (left) and Brian Nibley (not shown) for their efforts to raise awareness at Venice Beach, California, on 6/23/18. 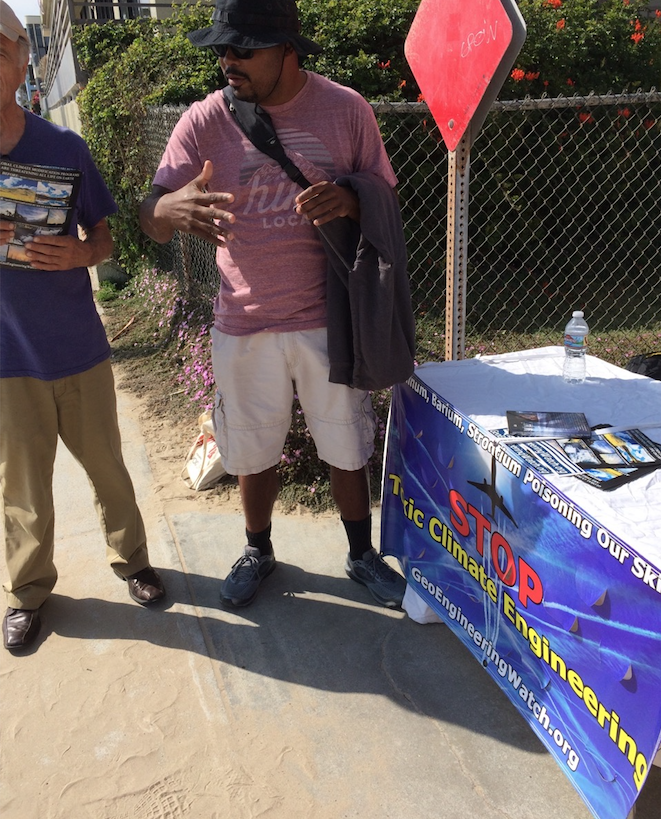 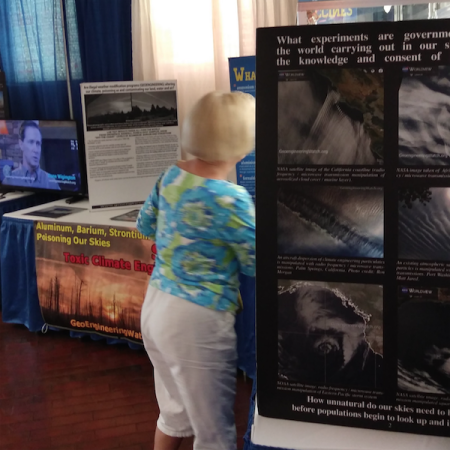 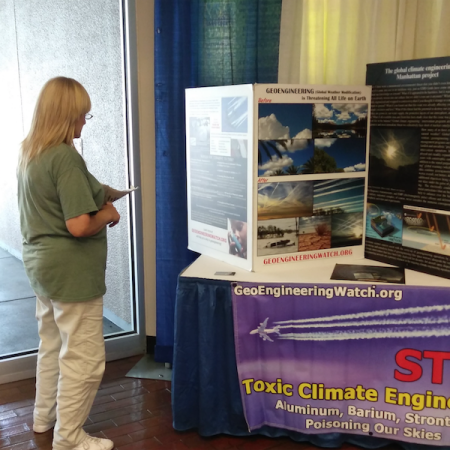 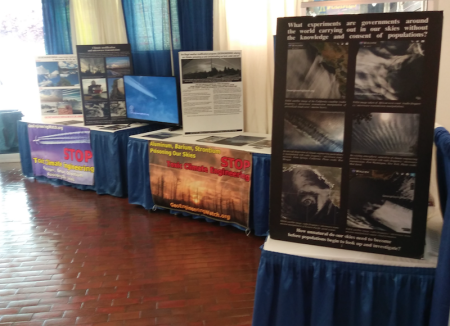