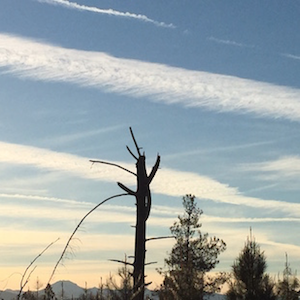 The forests are dying, the oceans are dying, the Earth is dying, and even at this late hour the vast majority of first world societies remain completely immersed in total denial and apathy that is manifested in many forms. The ever growing list of extreme weather events and unfolding global die-offs are not discussed or disclosed by the power structure owned and controlled corporate media machine of mass distraction. Though climate engineering is aggressively denied by the criminal media cabals, it is real, ongoing, and lethal to all life.

The media's the most powerful entity on earth. They have the power to make the innocent guilty and to make the guilty innocent, and that's power. Because they control the minds of the masses. Malcolm X

Industrialized/militarized civilization is in its death throes, the pounding of the planet by the covert climate engineering assault is a testimony to the near total loss of sanity in modern society. Every breath we take is now toxic, air particulate pollution is taking an immense toll on human health. The largest source of this atmospheric pollution, climate engineering, is systematically denied by the central banker controlled so called "experts" whose paid for opinions societies blindly accept. Those who dare to even mention the truth often face draconian consequences from a societal system that has in so many ways abandoned any sense of reason or morality. 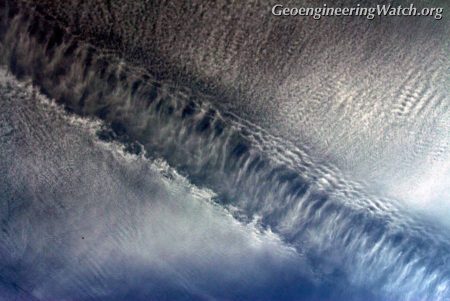 While criminal leaders seek the expansion of empire, the point of no return for life on Earth has potentially already been passed. The primary objective of the facade global climate conferences is to covertly force countries to accept the ongoing and expanding climate engineering insanity. The long term goal to limit global average temperature rise to 2C (set only last year at the Paris climate conference, 2015), may possibly be officially exceeded only one year from the date of the conference, 2016. Rapidly worsening global droughts are decimating ecosystems and populations. In regard to the epic droughts, climate engineering is verifiably the single greatest causal factor (also fueling forest fires like the catastrophic inferno currently burning in Canada), yet, again, this fact is completely ignored or blatantly denied by the corporate media, academia, and their paid for "experts". To control the water supply is to control populations. 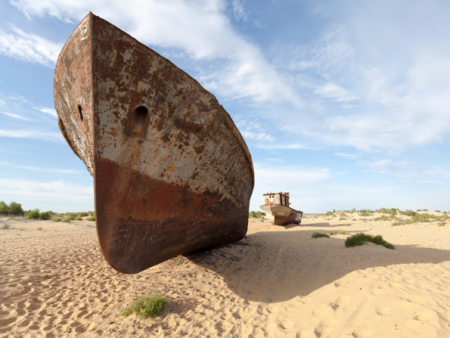 The deadly heat wave that is occurring in India is only one example. It may become the most deadly ever, and summer is still to come. Is India being punished by the climate engineers for its recent ousting of Monsanto? Though the runaway planetary warming is all too real (with countless forms of anthropogenic damage fueling the fire), all available evidence makes clear that the geoengineers can clearly push extreme conditions further in any direction. 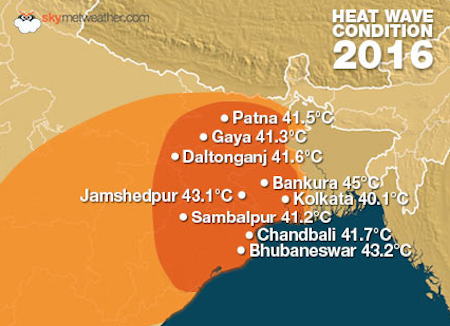 It is estimated that Monsanto may be responsible for the deaths of as many as 300,000 Indian farmers.

But what about all the headlines of the expanding Arctic ice? This narrative was just another well funded lie put out by the military/industrial complex and the geoengineers. The lie has been enthusiastically embraced by many that did not bother to look for (or perhaps did not want) verifiable front line facts. Arctic sea ice extent and volume is plunging far into record low territory and may not survive the summer (yes, this summer). If this does occur it would radically accelerate the already runaway warming scenario that climate engineering is contributing to overall. Climate engineering can and is creating short term toxic cooling events at the cost of a worsened overall warming. Recent studies indicate the Arctic has not had ice free summers for some 6 to 10 million years. Vanishing ice is impacting jet stream patterns (though geoengineering and the ionosphere heaters are also a major factor affecting and disrupting jet stream patterns). About our odds of extinction, a just published science report states that:

“A typical person is more than five times as likely to die in an extinction event as in a car crash,”

The reality of the rapidly accelerating climate disintegration is, unfortunately, much worse than even this headline indicates. In fact, global high temperatures have just skyrocket past the 12th consecutive month in a row of all time record high temperatures for any month. To be clear, this means that each of the last 12 months successively broke the all time high temperature record for ANY  month ever recorded since record keeping began. Coral reefs are bleaching and dying around the globe from excessive and accelerating ocean heating. Where is the human race and planet Earth headed if we do not immediately and completely change course? "Venus Syndrome" will be our near term final destination, and all the climate engineering/solar radiation management that the military/industrial complex can deploy is only further fueling the overall planetary meltdown.

In regard to Venus, if all relevant factors were equal to Earth, Venus would only be 20 to 25 degrees warmer than Earth. Instead, due to a "runaway greenhouse scenario" and the dense atmosphere that this scenario created, the surface temperatures of Venus are now nearly 900 degrees.

But wait, the new film "Climate Hustle" completely disproves the global warming "theory", doesn't it?  The short answer is absolutely NOT. The "Climate Hustle" disinformation travesty is only relevant to those who are not truly interested in front line facts in the first place (and, of course, the film never mentioned the climate engineering elephant in the room). The excerpt below shines more light on the film producer, Marc Morano, who is clearly paid to cloud the climate disintegration reality.

After decades of financing political groups to attack the science of climate change and the scientists conducting the research, ExxonMobil is embroiled in scandal.

This follows revelations from InsideClimate News and the Los Angeles Times that Exxon not only recognized climate change as fact, and its root in fossil fuel use, but spent millions on scientific studies of our global climate system. After Exxon buried the evidence and waged an advertising and public relations campaign to deny the science, the company coordinated and financed several groups to confuse the public.

One of these groups is Marc Morano's employer, the Committee For A Constructive Tomorrow, or CFACT, which pays him a $150,000 annual salary. CFACT and Exxon, along with Chevron, coal utility Southern Company and a number of other front groups forged a plan in 1998 at the American Petroleum Institute, a plan they continue to follow in 2015.

So what is the truth? How bad is our collective reality? How much time do we have if we don't completely change direction? Those who are truly interested in solid conclusions to these questions will take the necessary time to actually do some objective research of front-line facts. There is only one way forward in the battle to expose and halt climate engineering, reaching a critical mass of awareness. We must all make our voices heard in this all important effort.
DW